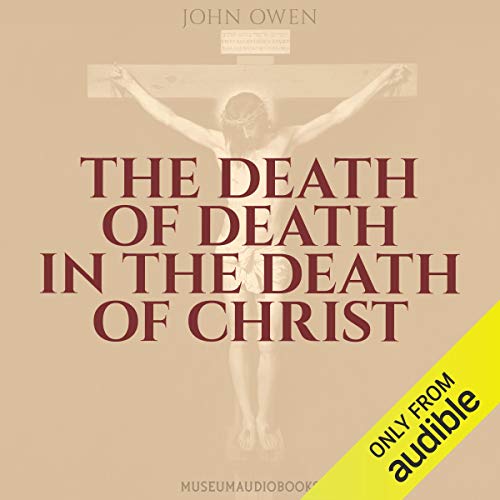 By: John Owen
Narrated by: Matthew Erwin
Try for $0.00

John Owen (1616 - 1683) was vice chancellor of Oxford University and served as advisor to Oliver Cromwell. The Death of Death in the Death of Christ is a polemical work, attempting to prove, among other things, that the doctrine of universal redemption is unscriptural. It is divided into four parts. The first sets forth his thesis that the work of Christ on the cross was made for the full and complete salvation of those whom God intended to save.

In the second Owen argues that the supreme purpose of Christ's death was to bring glory to God while the subordinate purpose was to bring salvation to sinners chosen by God. In the third Owen presents sixteen arguments against the doctrine of a general ransom, in opposition to the arguments of the Arminians and Amyraldians who hold to a general or universal atonement. In the last, Owen examines the various exegetical arguments in favor of a universal atonement. Owen concludes the work by taking Thomas More's work to task and then refutes various theological arguments offered by universal redemptionists.