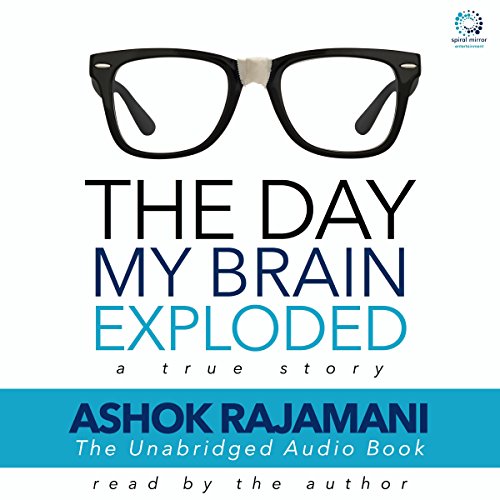 The Day My Brain Exploded

After a full-throttle brain bleed at the age of 25, Ashok Rajamani, a first-generationIndian American, had to relearn everything: how to eat, how to walk and speak, even things as basic as his sexual orientation. With humor and insight, he describes the events of that day - his brain exploded just before his brother's wedding - as well as the long, difficult recovery period. In the process, he introduces listeners to his family - his principal support group, as well as a constant source of frustration and amazement.

Irreverent, coruscating, angry, at times shocking but always revelatory, his memoir takes the listener into unfamiliar territory, much like the experience Alice had when she fell down the rabbit hole. That he lived to tell the story is miraculous; that he tells it with such aplomb is simply remarkable.

More than a decade later he has finally reestablished a productive artistic life for himself, still dealing with the effects of his injury - life-long half-blindness and epilepsy - but forging ahead as a survivor dedicated to helping others who have suffered a similar catastrophe.

What listeners say about The Day My Brain Exploded