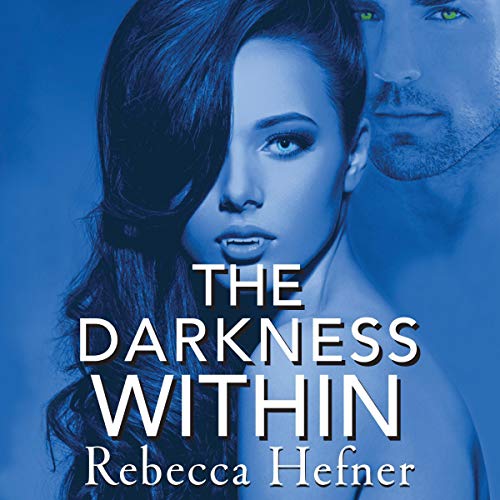 By: Rebecca Hefner
Narrated by: Devon Wilcox
Try for $0.00

Arderin, princess of the illustrious Vampyre kingdom, has always marched to the beat of her own drum. Motivated by a calling to heal others, frustration consumes her since her brother King Sathan doesn't understand her desire to study medicine in the human world. Moreover, the son of the Dark Lord Crimeous has moved to their compound, and he seems obsessed with driving her absolutely insane. Hating him for his sharp tongue and dark nature, she tries to squelch her unwelcome attraction to him.

Darkrip has been enthralled by Arderin since the night he knocked her unconscious and sent her down the river, prompting the end of the War of the Species. Never has he met a woman more beautiful and passionate. Frustrated by her dramatics, and consumed by his desire for her, he vows to stay away. For, the son of Crimeous, with his malevolent blood, could never have children or a normal life.

When Crimeous threatens both their lives, forcing them into a shared captivity, they do everything possible to escape and survive. As their connection grows, so does their attraction. Knowing they have no future together and the consequences of furthering their relationship would be disastrous, they forge ahead in the conflict against the Dark Lord. But the universe is fickle and can muddle with even the best-laid intentions...

The Etherya's Earth series is best listened to in order so that the listener can enjoy the evolution of the characters. After all, the author loves a good twist and wants the listener to uncover them organically. However, fans of romance - rest assured, each book has its own featured hero/heroine and HEA.

What listeners say about The Darkness Within

I love the narrators deep voice. The female voices aren't quite as good but the sexinesa of the male voices make up for it.
The story is wonderful. I think Artemis is still a spoiled brat but she has a caring nature underneath it all and the author stayed true to it.
I love that Darthrip has a chance at redemption and love.

The insecurities of Demons, Vampyres & Slayers

I received a free copy of this audiobook either from the author at my request and am voluntarily writing an honest and unbiased review.

This third book in the Etherya's Earth series continues the tale of the Vampyres & Slayers and their battle against the Dark Lord Crimeous, though there's not much action nor a great deal about the war in this book. Instead it focuses on the budding love/hate relationship between the Dark Lord's Son, Darkrip & the Vampyre princess Arderin. Ok, it's a paranormal romance so yes, lots of romance and a fair bit of sex but very little action outside of that. For Fantasy & Romance lovers it hits the mark perfectly.

I did wonder how the Slayers, Vampyres & Demons, super powerful beings who have been warring for centuries, are all so insecure. They all seem to firmly believe they either don't deserve love/happiness, they are incapable of it or that nobody would ever want to love, like or care about them. In fact this is repeated over and over and over by the main characters as well as a few of the minor ones to the point where it starts to get a little monotonous. We get it, we got it the first time, and the second, third twentieth etc. Obviously it's clear from the start how the couple will end up.

Still a very enjoyable listen though. The narrator does a good job though I'm certain some character voices change as the book progresses. Looking forward to the next book, The Reluctant Savior.