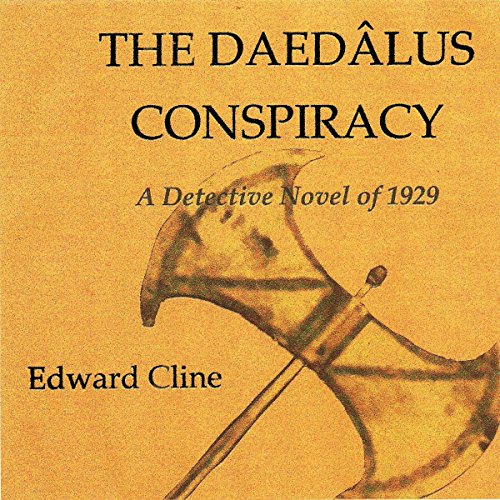 The Daedalus Conspiracy: A Detective Novel of 1929

The Daedalus Conspiracy: A Detective Novel of 1929

By: Edward Cline
Narrated by: Gregg A. Rizzo

In Part One, Cyrus Skeen, private detective in 1929 San Francisco, is asked by Charles Gilchrest, chairman of The Daedàlus Society, an exclusive men-only club, to go to the The Daedàlus Grove, a private enclave north of the city, to determine the nature of some trouble he has been warned about in a cryptic note written by an anonymous member. The note alludes to a controversial Senator from Nebraska and a tariff bill in Congress. It may the overture to a prank or it may be a serious threat to the man's life.

Skeen agrees to attend the two-week encampment of the Society in rustic Monte Rio, an annual event in the redwood forest with a reputation for Dionysian orgies and behind-the-scenes conspiracies to govern the nation. Posing as a writer, at first Skeen feels out of his natural element of the city, but he soon begins to focus on certain individuals and their peculiar behavior, and begins to collect clues. He eventually grasps that there is indeed a serious plot afoot, but its purpose eludes him. His presence arouses the enmity of many of the 800 attendees of the encampment. At the end he confronts a man in a Minotaur costume wielding a Minoan battle ax.

In Part Two, Skeen returns San Francisco, certain that there was more to the conspiracy to assassinate a U.S. senator. Pursuing clues and leads found in the city's political machine and in the grime of its underworld, he wraps up the case with his usual flair, but loses a treasured friend at the climax.