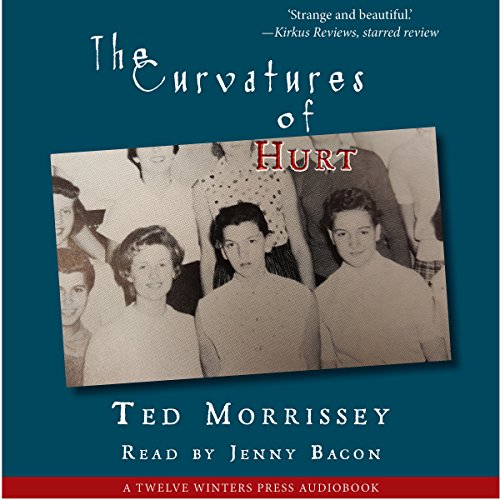 By: Ted Morrissey
Narrated by: Jenny Bacon
Try for $0.00

Finding Rebecca in this small, isolated village was the only thing that helped Frankie cope with moving here with her widowed father - in fact, Rebecca's friendship helped her cope with everything. But now something isn't right...not with Rebecca, not with Rebecca's old friend Shirley who is suddenly back in the picture, and not with Frankie's entire world. More alone than ever, Frankie must explore the curvatures of her hurt without Rebecca by her side.

“The Curvatures of Hurt” is set in the 1950s and is part of the Crowsong Universe, stories associated with the prismatic novel Crowsong for the Stricken. This edition includes an afterword by voice artist Jenny Bacon, who reads the audiobook. She discusses bringing the story to audio, stage, and screen.

What listeners say about The Curvatures of Hurt