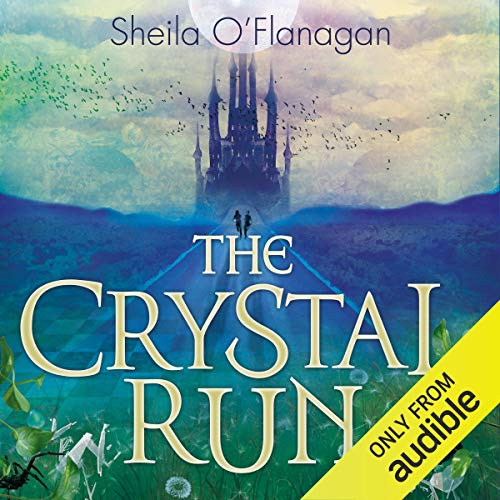 On a typical afternoon, teenage Joe is being chased by bullies from school when he accidentally runs through a portal to another world. He finds himself in a training camp for a group of teenage boys and girls who will become Runners. Each cycle, three Runners are sent to place the power sources that will secure the shield that protects their land, Carcassia, and keeps the enemy Kabanians at bay.

Once they've achieved their objective, a toxin is released into their bodies, and they die. No one is permitted to return through the shield. And nobody can remain in the enemy territory. Joe is sent on the next Run, accompanying the Runner, Kaia. He is hoping that he will find a way back to Earth - much to Kaia's annoyance, as she is focused only on her goal. Gradually a delicate friendship develops between the two, and Joe wonders if he can save Kaia as well as himself.

But as they pursue their Run, Kaia and Joe come to question the histories they've been given and the ambition of their enemy. The Run suddenly becomes more dangerous than anyone could have envisaged.

Sheila is an ex-bond dealer and financial journalist whose novels have all been immediate number-one Irish best sellers; she also writes a weekly column for the Irish Times. Her books have been described as 'as necessary to women as chocolate, and just as addictive!'

Her last three novels have sold in excess of one million copies in their British editions. With each publication she breaks her record of weeks at number one. She was the recipient of the prestigious Irish Tatler Literary Woman of the Year award in 2003.

In The Crystal Run, a teen boy named Joe is transported into another world. In this world, two countries called Carcassia and Kabania were previously at war. Finally, Carcassia enacted a shield and for generations has kept the shield going to keep away Kabanians. However, three shield generators exist in enemy territory so they send runners to put new power crystals into those to keep the shield going. Joe is caught in Carcassia and sent on a run with a girl Kaia on her run.

I listened to the audiobook and found the narrator to do a super job with all the characters.

This book had a cool premise in that a country's answer to war was to enact a permanent shield. These people have been separated for generations without even communication between sides. There was a ton of potential here for some great story telling (I'd say it didn't quite meet the potential though).

I found the characterizations to be well done... both characters seemed alien to each other and slowly formed a friendship. Both sometimes acted heroically, and at other times, immature and reckless. Both seemed to have a fairly good heart and were easily likeable.

I did have some issues with the book. Having three generator sites so far into enemy territory didn't really make any sense from a location standpoint (it was more just a device to get the characters a destination). It might make sense if they were close to the border but they were not. Also, the book couldn't decide if Kabanians were still war mongering after so many generations or if they were peaceful. If they were indeed peaceful it could have been a good way to show Kaia's prejudice (and racism?) but ultimately the book sent so many mixed messages it is hard to tell. There wasn't enough to really like the Kabanians. And the time spent with the Carcassians was so short (and somewhat negative) that you really can't root for them either (besides Kaia). Perhaps the book was trying to show that both peoples suck, but it is a bit unclear. There was a lot of potential to make these two peoples really diverge over a few generations but the book fell flat in that regard.

It is also never explained how Joe got into Carcassia. It would appear there has always been some type of portal or link between worlds, but the Carcassians (and Kanabians) had never heard of such a thing.

There also was a potential romance between Kaia and Joe but everything just fizzles out before the end and all we get is a friendship. And likewise, the ending was quite disappointing (and somewhat of a cliff-hanger) and makes you question their entire mission. There just isn't a whole lot of payoff for the reader here. Both of these last two items could be redeemed if there was a sequel.

Overall it was quite entertaining and I really enjoyed (and looked forward) to where the story was going. I didn't quite like the way it ended up, but the journey was fun and if there is ever a sequel I will gladly read (listen to it).