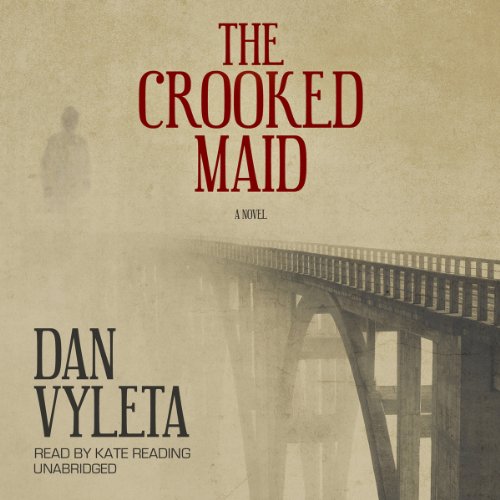 By: Dan Vyleta
Narrated by: Kate Reading
Try for $0.00

Graham Greene meets Dostoevsky in a thrilling and atmospheric story of guilt and restitution set in postwar Vienna.

Vienna, 1948: The war is over, and as the initial phase of de-Nazification winds down, the citizens of Vienna struggle to rebuild their lives amid the rubble.

Anna Beer returns to the city she fled nine years earlier after discovering her husband's infidelity. She has come back to find him and, perhaps, to forgive him. Traveling on the same train from Switzerland is 18-year-old Robert Seidel, a schoolboy summoned home to his stepfather's sickbed and the secrets of his family’s past.

As Anna and Robert navigate an unrecognizable city, they cross paths with a war-widowed American journalist, a hunchbacked young servant girl, and a former POW whose primary purpose is to survive by any means - and to forget. Meanwhile, in the shells of burned-out houses and beneath the bombed-out ruins, a ghost of a man, his head wrapped in a red scarf, battles demons from his past and hides from a future deeply uncertain for all.

In The Crooked Maid, Dan Vyleta returns to the shadows of war-darkened Vienna, proving himself once again, "a magical storyteller, master of the macabre" (David Park).

What listeners say about The Crooked Maid

What did you love best about The Crooked Maid?

Bottomline: Loved it. Characters are interesting. I felt like I was always wondering what was going to happen and how was this all going to work out. It gave you that feeling that you HAD to keep reading. A sign of a great book IMHO.