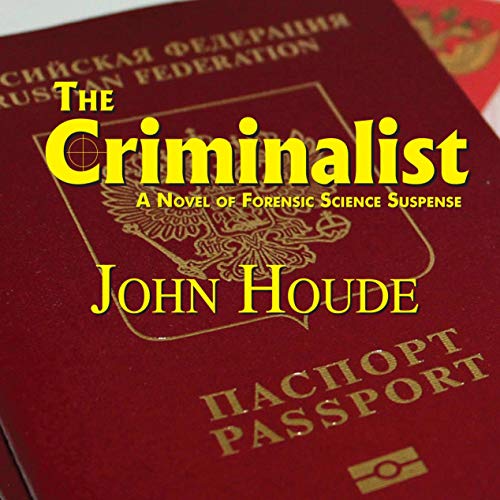 By: John Houde
Narrated by: Kathleen Gati
Try for $0.00

Haunted by the death of his mail order bride, a forensic scientist must join forces with a Russian model to fight a dangerous sex trafficking ring.

It's been five years since Paul Connert's fiancée died of a drug overdose and he's never forgiven himself for not trying harder to help. Now he plans to atone. He seeks a woman who reminds him of his lost love and fantasizes about getting her into rehab, even if by force. But then he meets the feisty, alcoholic, Vika Koslava, a beautiful Russian model who was sent on an erotic website assignment to Santa Barbara with her heroin-addicted sister. When her sister goes missing, Vika is left homeless. Paul uses a clever means to meet Vika, but his intervention fantasy is quickly busted when he meets her, face-to-face. Now he'll need to use all his scientific skills to keep her safe.

What listeners say about The Criminalist

Overall, I liked it.

The Criminalist is a decent crime story and narrator Kathleen Gati does a magnificent job bringing voice to all the character. She's especially adept at the Russian accent of the heroine.
John Houde's personal experience in the forensic field comes through on almost every page.
The only drawback is that the romance/connection between Vika and Paul seemed very light on development. Bonding so quickly following the death of her sister seemed a bit contrived.
But, overall, this was a great book and very enjoyable to listen to.

Suspenseful story and interesting characters. It wasn't quite what I was expecting but it was a good listen. I was voluntarily provided this review copy audiobook at no charge by the author, publisher and/or narrator.

I like the authenticity of the forensics, but the independent actions (executing a plan without backup) that seems so integral to this genre is a bit over the top in this story. The characters are mostly believable and Kathleen Gati's performance does them justice. It's a pretty good story and quite suspenseful.

I was given this free review copy audiobook at my request, and have voluntarily left this review. Just because you work in a crime lab, doesn't mean you can get away with a crime. Paul and Vic find that out the hard way. Even though they work together, they find themselves on the opposite side of the law when they're both searching for a Russian model that's gone missing. A suspenseful plot and well written character enhance this story that will grab you and keep you listening long after you should have turned it off.

A forensic scientist, Paul Connert, contemplates crossing the line, he even goes so far as to play out his plan but then almost gets fingered for a murder. Vika is looking for her heroin-addicted sister and meets Paul (aka forensic scientist), together they try to find her sister. Mix in sex trafficker, a crooked cop and a slew of other investigators and you have a fairly intense suspense crime story.

John Houde, the author, does a solid job of building characters and methodically setting the stage for the storyline. A few twists keep the suspense going and the dialog is convincing and credible.

The narrator, Kathleen Gati gives an attentive performance providing each character with a voice that enhances them. Her cadence and pronunciation of the Russian words were spot-on. I found her voice to be soothing yet strong. If you enjoy crime drama & suspense, this is a good one to hear!

Disclaimer: This Audiobook was provided free of charge by the author, narrator, and/or publisher in exchange for a

Strong characterizations and a suspenseful plot are highlights of this mystery by author John Houde. Houde’s background in forensics (he’s also the author of Crime Lab: A Guide for Nonscientists ) is evident throughout and he sprinkled his lively story with plenty of fascinating technical details. The narration is excellent and brings his cast of characters to life.