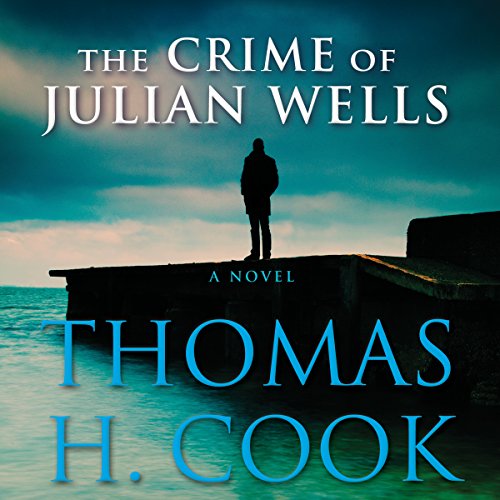 The Crime of Julian Wells

When the body of famed true-crime writer Julian Wells is found in a boat drifting on a Montauk pond, the question isn't how he died, but why. The death looks like an obvious suicide, but why would Wells take his own life? And was this his only crime? Wells' best friend, Philip Anders, wants to know more. His first clue is an Argentinean crime, which may have been Wells' last book idea. As Anders gathers the missing parts of Wells' life, the man he knew - or thought he knew - becomes increasingly obscured, and the ever-deepening puzzle threatens to consume him entirely.

A mystery of identity, or assumed identity, The Crime of Julian Wells spans four decades and traverses three continents. Richly plotted and brilliantly told, it's a voyage into the depth and darkness of a man's heart.

What listeners say about The Crime of Julian Wells

One of the year's best literary suspense mysteries

Thomas H. Cook is consistently exceptional. As a mystery writer he is always well reviewed, both by the book trade magazines and by the reader/listerners. The Crime of Julian Wells is an example of the fisherman offering delicious bait and then reeling in the fish-only we are the fish. He is a master storyteller and knows exactly how to keep the Pied Piper thing going for the listener. What starts as a simple story evolves into a literate weave of compelling twists and turns with captivating characters. If you like your stories very dark but very close to reality grab this listen immediately.....