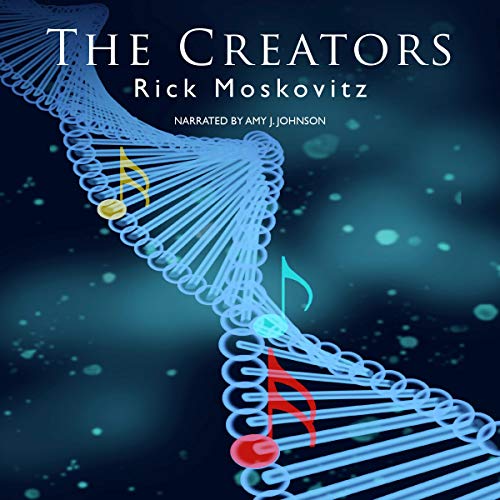 By: Rick Moskovitz
Narrated by: Amy J. Johnson
Try for $0.00

A teenaged Natasha Takana seeks to decode the remainder of the hidden DNA code that became the basis for a new religion reviving creationism in A Stand-in for Dying, the second book of the triology. Her quest takes her on a voyage to a parallel dimension to learn the fate of the creators’ civilization.

The conflict between the warring factions, first presented in the second book of the trilogy called Brink of Life, is rekindled, sweeping Natasha into the middle of it in a pursuit that crosses the boundaries of worlds and time.

What listeners say about The Creators

The Creators, the third novel in the thought provoking Brink of Life trilogy by former clinical psychiatrist turned talented author Rick Moskovitz. The captivating adventure that started in A Stand-in for Dying with the search for immortality ends now in The Creators with the quest for human origins.

After I listened to all three audiobooks in this truly enthralling, gripping and fascinating Sci-Fi saga, I think that Mr. Moskovitz is a superb author who has the capacity to understand and build on our most secret fears and questions.

Although each of these novels can be experienced as a standalone story, I consider that it's best to start at the beginning in order to fully appreciate this epic trilogy.

 After her excellent performance of book number two, Brink of Life, the talented voiceover artist and narrator Amy J. Johnson returns for the final step of this captivating journey. Once again, Amy manages to infuse the well written characters and vividly described events with life and passion. I really appreciate the fact that the author treated the audiobooks listeners with the respect they deserve and he made sure to record the first novel with a male narrator and the other two with Amy.

I highly recommend the entire Brink of Life trilogy for fans looking for a thrilling psychological Sci-Fi mystery. The only thing that I think can make this an even better option for us is if the author decides to release all three audiobooks as a box set.

If you like this review please consider giving it a Helpful Vote below. You can find more of them here and on theAudiobookBlog. I also post reviews at the author / narrator / publisher’s request. Get in touch with me for more details.