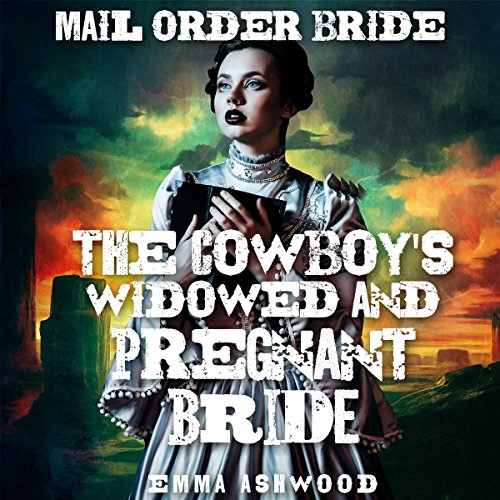 The Cowboy's Widowed and Pregnant Bride

By: Emma Ashwood
Narrated by: Stephanie Quinn
Free with a 30-day trial

Katie is widowed and carrying her dead husband's child. When her ruthless father attempts to sell her to his boss, she and her friend plan to escape to the West. But will it be a life of adventure and love...or something else?

Dragged home by her father from her husband's funeral, 19-year-old beauty Katie Westinhouse is going to be sold to her father's fat, aging boss. She plays the last card she has remaining...the fact she is pregnant. But still that doesn't stop her father and his ambitious plans.

She plans with her friend, Addie, a route of escape and the two beautiful women head west. Katie has agreed to become a mail-order bride for a rancher named Daniel; it seems like the ideal solution.

However, Daniel has his own problems. He must marry by the end of the month or lose his rancher. How will he react to having to bring up another man's child? Might he be more interested in the single untouched Addie? Or is there someone else in the wings waiting there for her?

What listeners say about The Cowboy's Widowed and Pregnant Bride

Yeah it was good, rushed of course, but I wish it was longer. Like the action and everything passed by in an instant.