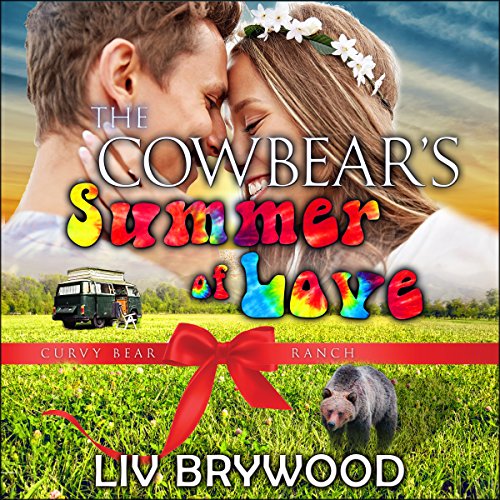 The Cowbear's Summer of Love

In a decade defined by Flower Power, social unrest, and the Vietnam War, two unlikely lovers form an everlasting love. This is the story of the Grant brothers' parents.

Daisy will do anything to save her brother from the war, so she devises a plan to smuggle him into Canada. Everything's groovy until their VW bus breaks down, leaving them stranded. As if things couldn't any worse, they find themselves at the business end of a shotgun, and the cowboy pointing it is the sexiest man she's ever seen. She can't stop staring at his washboard abs and ripped chest.

Greg is stunned by the hippie girl's curvy body, flowing golden hair, and bright blue eyes. As much as he wants to kick her off his property, he can't. With his brothers off fighting in Nam, they need a few extra hands around the ranch. As long as his old man doesn't find out he's harboring a draft dodger, everything will be copacetic. But as the summer of '69 heats up, Greg must find a way to convince his fated mate that she belongs in his arms forever.

What listeners say about The Cowbear's Summer of Love

This was a good story set in the 60s. No hotel or motel would rent to the 4 hippies so they camped out down by the lake near Greg's father's property. While Greg was out in bear form, he saw them, especially Daisy. He warned them away saying his father will shoot first, ask questions later. Their van breaks down and they do not have enough money to pay for the part. Greg convinces his father, who hates hippies, to give them jobs on the family farm until they can pay for the part. While there, Greg and Daisy start to get close.

Beth Roeg does a good job narrating Liv Brywood's books. She brings the story to life. I received this free copy audiobook at my request and have voluntarily left this review.

Running from the draft to Canada, hippies, and a spark of love. The issues with the van were not plausible. Only nine hours of labor?

Sweet romantic story of love adventure and angst.
I enjoyed this and was able to listen in one afternoon.
Nicely narrated.

I loved the book. I was born in the 60's. And to hear the language from back then took me back. I had never listened to an audible book before. It was great. The narrator Beth Roeg did a great job with all of the characters.