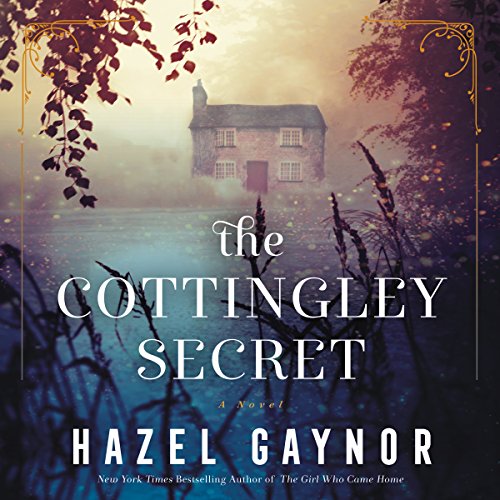 By: Hazel Gaynor
Narrated by: Karen Cass,Billie Fulford-Brown
Try for $0.00

The New York Times best-selling author of The Girl Who Came Home turns the clock back 100 years to a time when two young girls from Cottingley, Yorkshire, convinced the world that they had done the impossible and photographed fairies in their garden. Now, in her newest novel, international best seller Hazel Gaynor reimagines their story.

1917... It was inexplicable, impossible, but it had to be true - didn't it? When two young cousins, Frances Griffiths and Elsie Wright from Cottingley, England, claim to have photographed fairies at the bottom of the garden, their parents are astonished. But when one of the great novelists of the time, Sir Arthur Conan Doyle, becomes convinced of the photographs' authenticity, the girls become a national sensation, their discovery offering hope to those longing for something to believe in amid a world ravaged by war. Frances and Elsie will hide their secret for many decades. But Frances longs for the truth to be told.

One hundred years later...When Olivia Kavanagh finds an old manuscript in her late grandfather's bookshop, she becomes fascinated by the story it tells of two young girls who mystified the world. But it is the discovery of an old photograph that leads her to realize how the fairy girls' lives intertwine with hers, connecting past to present and blurring her understanding of what is real and what is imagined. As she begins to understand why a nation once believed in fairies, can Olivia find a way to believe in herself?

What listeners say about The Cottingley Secret

This book was perfect. I loved everything about it. Did not want it to end. A magical tale with amazing female characters. Empowering, mystical, moving. I will be recommending this ti many!!!

Lovely listen...great narration for an intriguing story - I really didn't want it to end!

What a sweet book! Loved the characters and the whole story. Have loved the fairy stories for years having seen the movie. The book is just great. Narration very good. Loved her accents and characterization. Made it come to life.

The story of the Cottingley faeries all but saved my life once upon a time. I had been out of work for almost nine months and sinking into depression more and more each day. My wife decided I needed to get out of my downward spiral, so she took me to see Fairytale, a film based on the Cottingley story. It was a lovely creation, and a bit of its magic rubbed off on me. I left the theater elated, my spirit had been turned about and was soaring.

This book blends this tale with that of a young woman deciding independence was a better option that the ill-suited marriage she was committed to. She finds herself in a town alongside the Irish sea, having inherited her grandfather's bookstore. How one story travels toward the other and eventually connects the two lives makes a profound read, as the reader too is drawn into these two mythical worlds of the Cottingley faeries seeking to touch each other. It bids the reader to question and develop the mythic elements of his or her biography.

The readers on the audio book are perfectly suited to their material. I'm blessed to have come upon Hazel Gaynor's vision of Cottingley's relevance in a post enchanted world, and I think you may be as well.

A Bright Moment of Positivity

I picked up this story on a recommendation from Pinterest. At the time I've listened to it, a lot is going on in the world. I'd hoped it would be a spot of happiness and the little bit of hope I needed. I can't recommend this story enough nor the performances in the narration. Its story is one of hope, love gained, love lost, and confidence in oneself. If you're looking for an escape that is still somehow beautifully grounded, I highly recommend The Cottingley Secret.

I loved the originality of this story. It was beautifully written and made me look around for fairies and not want to stop listening. The narration of both Karen and Billie were great.

Loved the different voices and accents. Loved the sweet story. Great family story to listen to as a family. I could visualize the fairies.

I bought this book while stuck in the airport on night. I had just come back from Ireland and was drawn to this amazing story. I loved it so much, I bought it on Audible, so glad I did. thank you for just the right performers to read this story.

I thoroughly enjoyed this book. Like many other books your always wishing there was more.

lessons weaved into a magical tale

We are where we are supposed to be eventho we may not know it!

The original story is better

The story of the Cottingley fairy hoax is endlessly fascinating and was the best part of the book. The other story, set in a modern day Ireland of balmy summer nights and perfect autumn days I don't recognise, was too formulaic and contrived and didn't add anything to the original story; if anything it confused it.

A beautiful and thoughtful fairytale written with all the complicated emotions of adulthood, a joy to listen to