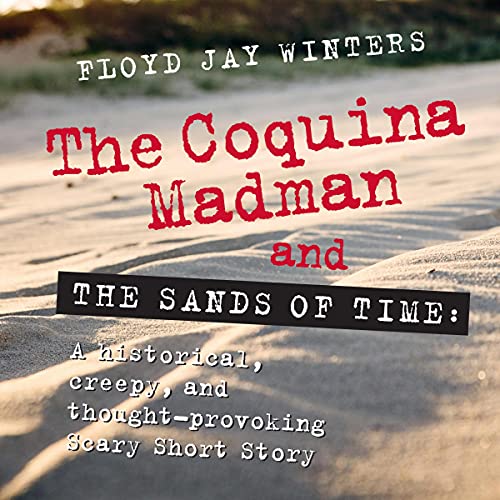 The Coquina Madman and the Sands of Time

By: Floyd Jay Winters
Narrated by: KC Dalbey
Try for $0.00

Even before the birth of Christ and many centuries before the expeditions of the great Spanish conquistadors, there lived a group of American Indians called the Timucua. Their ancient shell mounds, piled high from countless feasts and everyday meals, survive to this day. One tribe of the Timucuan Federation made its home near the mouth of the Manatee River in southwest Florida. Here, the unspoiled river emptied into the crystal green waters of the Gulf of Mexico.

These early inhabitants gathered clams, scallops, and conchs from the waist-deep surf. They took red snapper, mullet, and snook from the river's edge. This land was their Garden of Eden, and they knew every edible fruit and plant and every healing root and herb that covered the Florida sands and swamps.

It is hard to imagine that in this idyllic river setting, the tale of the present-day Coquina Madman begins, triggered by the arrival of Hernando de Soto in 1539 and his quest for gold.

The immeasurable sands of time flow with a synchronized cadence through the eternal hourglass of life. But once every other generation, two or three grains may mysteriously bond together. A brief, temporal vortex is created by their irregular fall. And the chronology of time is altered - drawing generations, even centuries together, by a single temporal thread, as a legend is born in the 21st century.