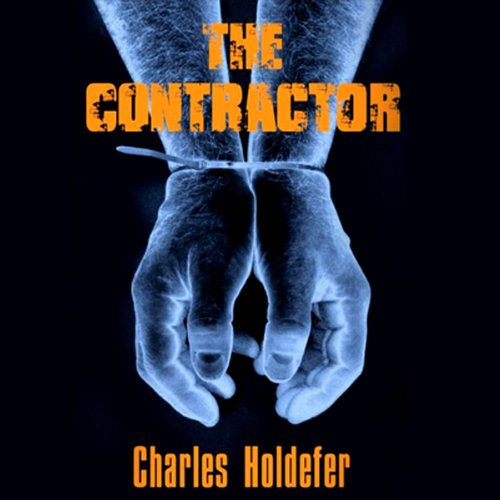 George Young is a devoted family man and a Gulf War veteran. After a hometown business venture flops, George accepts work overseas as a contracted civilian interrogator for the U.S. government at Omega, a secret holding facility for suspected terrorists.

The work pays well, but his personal life is crumbling. His wife, with whom he is forbidden to talk about his work, is becoming more and more enamored of gin and tonic. Worse, during a "routine" interrogation, a detainee dies in George's hands. Frightened and confused, the detainee repeatedly asks, "Who are you?" just before dying. These words echo throughout the novel and send George on a painful journey of self-interrogation and discovery. In order to defend his country and his family, must George betray his humanity?

"By placing this familiar theme in a new (and very timely) setting, Holdefer gives us additional layers of emotional depth....A compelling mix of thriller, psychodrama, and, yes, political commentary." (Booklist)
"Portray[s] with excruciating, chilling effect the actions of men operating in extreme circumstances when the usual rules of war are absent." (Library Journal)

An allegory for our times

This is a story about a normal guy named George who, much like the rest of us, doesn't do a lot of thinking or introspection. His life drifts along without direction or conviction until he finds himself doing a job that involves using torture on other human beings to get information. Even then, George manages to hide from his conscience by rigidly following the procedures of his job, rationalizing his actions every step of the way. Then one day, a prisoner dies while being "interrogated." And George finally begins to think...

This is a dark novel to be sure and difficult to read. I think it an allegory for our country and the past 7 years. It is a story of the road to hell, which is so often paved not so much by good intentions as by no intentions at all.

This book was too fragmented. Story line could have been very good but failed to flow. I'm a committed Ray Porter fan. But this performance wasn't at the same level that I've come to appreciate from his other work.

I guess I am missing the point?

Take great writing as for the development of characters, one of the best readers, (if not THE best) on Audible, and then use the whole book to not really go anywhere that might leave one thinking afterwards. I like a book to "stick with me" and have me return to ponder things more afterwards.

Maybe I totally missed the point. Character development and great writing is a gift, and the author has it. Really, he does. He just didn't really take me anywhere other than the storyline of the struggles in the main character's marriage. I went away feeling "what a waste of true potential".

Maybe I was hoping for more "thrills", "mystery" something, which is one of my fav styles of book.

The book just sort of filled the time for me.