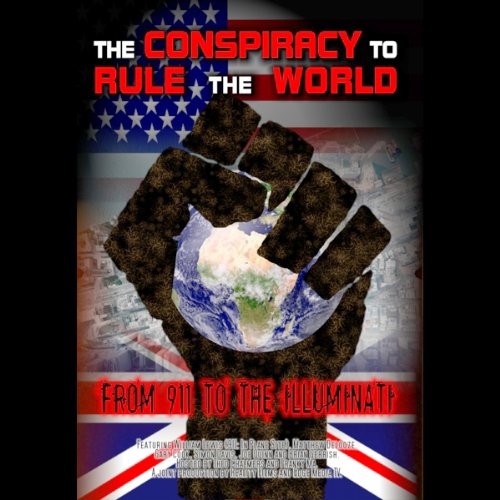 The Conspiracy to Rule the World

The individuals in this book all share a common bond - they were awakened. They awoke to a world that was unfamiliar to them and one that was often terrifying and bizarre. Suddenly, those trusted men and women in power became manipulators and power hungry dictators, and not the democratic leaders we are led to believe.

A unique collection of evidence and theory is set out in this audio to reveal a new world order. Consider: 911, the Twin Towers, Pentagon deceptions, the sinister group known as Common Purpose, the moon landings - were they faked? Do these disparate elements share a common goal to rule the world? You decide.

What listeners say about The Conspiracy to Rule the World

it's a movie soundtrack

It's kind of disappointing because it's just the audio track from a movie of the same name, which I had streamed from Netflix a few weeks ago. That said, the movie was okay, & so is the audio, but there's nothing here that you didn't hear in the movie. They spend about a fifth of the time replaying clips from the venerable "9-11: In plane sight", which is a movie that I highly recommend.

super cheesy and low budget. not even narrated, just a bunch of clips and recordings

I feel kind of cheated

They just recorded the sound of the movie and called it a book. Yes, I'll look at that photo, oh wait I can't because I have the book and not the movie. Great subject, but this shouldn't be called a book.

Conspiracies need back up

Would you try another book from the authors and/or Theo Chalmers and Franny Ma ?

It wasn't concrete enough. But then I suppose it wouldn't be called conspiracy if there was a definitive concrete conclusion backed by evidence.

Narration was fine but needed a common voice as the glue to knit the interviews and commentary together.

Do you think The Conspiracy to Rule the World needs a follow-up book? Why or why not?

Yes. This should be a monthly ongoing broadcast with updates on previous stories.

It's a bit of a catch 22 situation. Authors want people to take their work seriously but then they title their works with something inflammatory because they think it will sell better. The result is that readers don't give the work credibility as they would a news story. The irony is revolting. So called conspiracies are often TRUE...but because they carry the label

What disappointed you about The Conspiracy to Rule the World?

Audio of a video documentary... they talk about look at this and that and there is nothing to see except to visualize what they might be seeing...
It comes across as a couple of Englishmen sitting on a couch talking about their theories with not enough facts to support their accusations.
A lot of mumbo jumbo.

What didn’t you like about Theo Chalmers and Franny Ma ’s performance?

Sounds like something thrown together in somebody's lounge room. Definitely not very professional as an audio book.

What character would you cut from The Conspiracy to Rule the World?

This was my first audible book and I thoroughly enjoyed it now looking for similar books to buy.