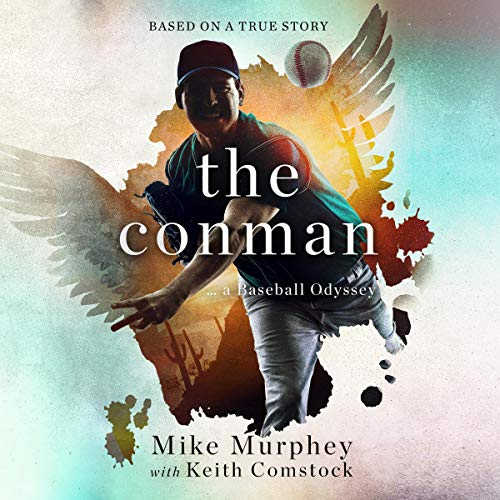 By: Mike Murphey,Keith Comstock
Narrated by: Steve Carlson
Try for $0.00

Conor Nash has lived his life with a single purpose - to pitch in the major leagues. He’s been released from professional baseball contracts 10 times over a 16-year career, but he’s overcome every obstacle to finally reach "The Show" when he’s a decade too old.

As he faces the specter of injury-forced retirement, he becomes a man neither he nor his wife recognizes. During his career, Conor avoided the trap of alcohol and drugs because his drug was baseball. And what can an addict do when he realizes he will never get that high again?

Conor climbs treacherous Camelback Mountain, drinks a bottle of champagne, recalls people and events, and seeks an answer. Who is Conor Nash if he can’t pitch?

The Conman is based on the Life of Keith Comstock. Keith pitched professionally for 16 years, including major league time with the Seattle Mariners, the San Diego Padres, the San Francisco Giants, and the Minnesota Twins. Following his retirement in 1992, Keith has held minor league coaching and managing positions with several organizations. For the past decade, he has served as the rehabilitation instructor for the Texas Rangers.

What listeners say about The Conman