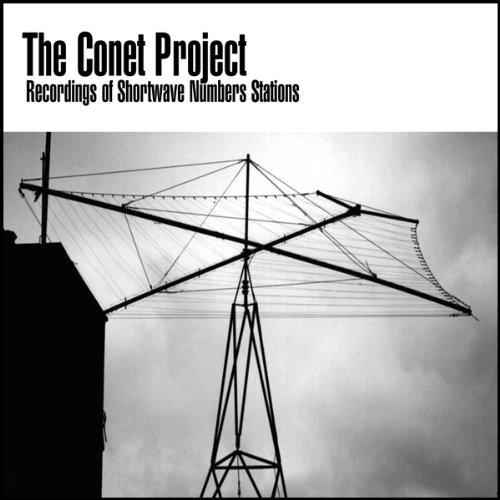 By: The Conet Project
Narrated by: uncredited

For more than 30 years, the Shortwave radio spectrum has been used by the world's intelligence agencies to transmit secret messages. These messages are transmitted by hundreds of Numbers Stations.Shortwave Numbers Stations are a perfect method of anonymous, one way communication. Spies located anywhere in the world can be communicated to by their masters via small, locally available, and unmodified Shortwave receivers. The encryption system used by Numbers Stations, known as a one time pad is unbreakable. Combine this with the fact that it is almost impossible to track down the message recipients once they are inserted into the enemy country, it becomes clear just how powerful the Numbers Station system is.

These stations use very rigid schedules, and transmit in many different languages, employing male and female voices repeating strings of numbers or phonetic letters day and night, all year round.

The voices are of varying pitches and intonation; there is even a German station (The Swedish Rhapsody) that transmits a female child's voice!

One might think that these espionage activities should have wound down considerably since the official end of the cold war, but nothing could be further from the truth. Numbers Stations (and by inference, spies) are as busy as ever, with many new and bizarre stations appearing since the fall of the Berlin wall.

It's not a documentary

It's not a documentary as stated on the descriptions. They're are just recordings on shortwave radio signals.

Which folder are Audible files downloaded to in Windows 10? This would appear a simple question but your help files obviously avoid this.