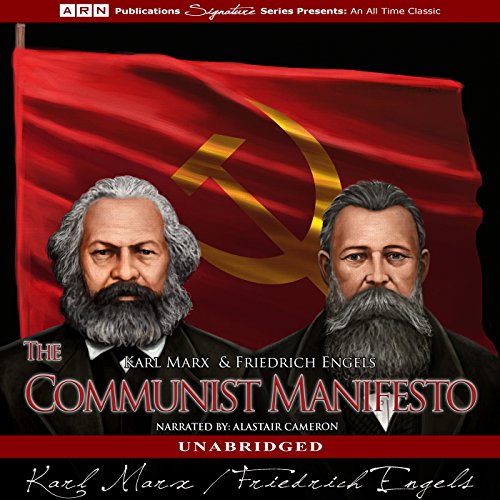 Originally published in 1848 as a political pamphlet, The Communist Manifesto by Karl Marx and Friedrich Engels would become one of the most influential works of the era. Written as a summary of the authors' political thought, the manifesto is also a reflection of the unrest and the revolutions of the time.

The manifesto analyzes the struggle due to social inequality and the problems presented by a capitalist society. This work also speculates on the limited future of a totally capitalist-driven economy, predicting that eventually the world would turn to communism.

By 1860 the manifesto had fallen into obscurity and was not as important as it once was, but that would change in the latter part of the 19th century, when Karl Marx grew more influential in communist circles. Russia became the world's first communist state, with the manifesto being its primary outline for the new social order.

Not what I spected.

Honestly, I spected something better from this. I consider myself leftwing and, while I'm definitely not a communist, I figured there would be some interesting insight or information in this. Not so much. As a general rule, I do not trust something that, in order to make its point, has to repeat the same word more than 10 times per minute. In this case, the word in question is "bourgeoisie". It get simplistic and monotematic very fast. Granted, it is a short book, but you don't feel it's telling anything new, although it's reasonable to think that that is because of the spreading these ideas have had.
As a whole, I'd say that you should read this because it's an important book, but I personally took little from this book other than some annoyance towards a movement I should feel more empathetic to.