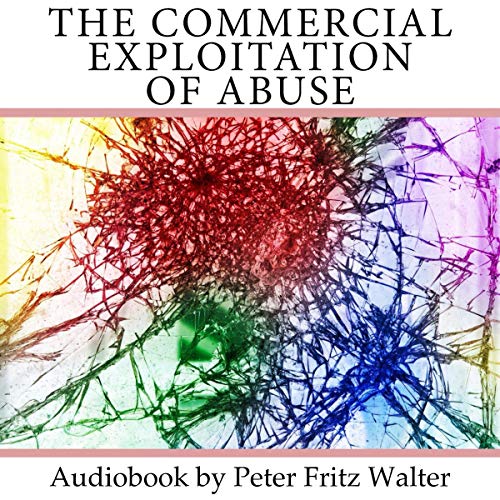 The Commercial Exploitation of Abuse: A Study on Policy

The Commercial Exploitation of Abuse is an essay about the "abuse-centered culture", which puts people behind bars for love, when only focusing on certain ways how bodies are touched, fondled or otherwise erotically stimulated, when those bodies belong to people legally defined as "children". It borders mental derangement to build a whole society around the paranoid focus on abuse instead of defining what love is in the first place. By the same token, it is irrational to uphold sex laws, which were set in place, hundreds of years ago, by highly abusive worldly and religious authorities, and religious perversion. To sell this soup of moralistic trash and persecutions as lawful and democratic is about the greatest scandal of societal betrayal. The modern state does the same; it justifies its power abuses with so-called child protection. Both paradigms are similarly vague and subject to arbitrary judgment; that is why they cannot, from a perspective of responsible law making, be used for drafting rational and equitable laws. Despite its critical tone regarding the status quo, the production may serve progressive legal, forensic and psychiatric researchers, social workers, doctors, psychologists, psychoanalysts, nurses, educators, law enforcement executives, or political policy makers who are open enough to search for viable alternative solutions to the present witch hunts.

With the United States having the highest incarceration rate in the world, what democratic example could American police force possibly give to the rest of the world? As more and more countries adopt Draconian laws and law enforcement policies, following the USA example, it is important to offer solutions alternative to jailing people for years, if not decades, thus depriving them of freedom, substantial opportunities for personal evolution, sensual pleasures and intelligent social life.

One of the reasons I wrote this guide was to prove that there are many different solutions present today that have been developed inside and outside of Western culture, that could help the concerned to change their destructive behavior patterns with relative ease, if only those solutions would be provided in the law enforcement setting. The present production contains many different suggestions and ideas for providing help, or self-help, and support to those who, for rather complex reasons, reasons that in part are not in their responsibility, have failed to handle their vital energies, thus infringing the tightly restricted emotional and sexual behavior code in Western society. Besides the intention to providing support directly to the concerned group of people, the present audiobook also is destined to offering viable solutions, or at least starting points for solutions that could be integrated both in personal lives and in the law enforcement setting, when such behavior has been set in place by habit and conditioning.

What listeners say about The Commercial Exploitation of Abuse: A Study on Policy