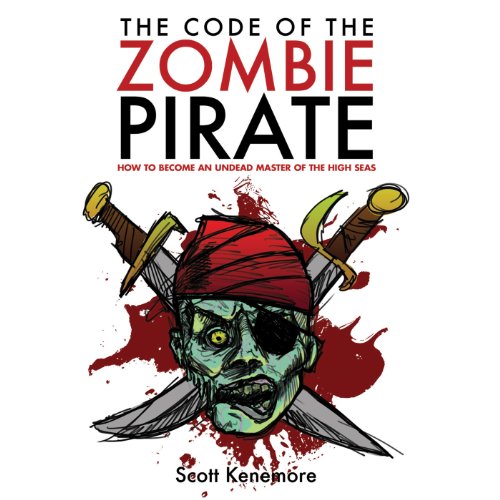 The Code of the Zombie Pirate

By: Scott Kenemore
Narrated by: Bernard Setaro Clark
Try for $0.00

Yet another brilliant entry in Kenemore’s zombie canon - Cap’n Hook meets the undead. Set in the Caribbean of the eighteenth century, the epicenter of piracy, voodoo, and the dark arts, The Code of the Zombie Pirate reveals all the secrets to selecting, customizing, and managing a motley crew of pirates-cum-zombies. Imagine the consequences of pirates who have crossed the line to immortality: the breathtaking lack of respect for life—it’s the ultimate pirate dream! Kenemore advises captions in:

What listeners say about The Code of the Zombie Pirate

This is a great read to just lay back and have a laugh. I love the fun ideas and writing style. It is surprisingly thorough on what it's proposing.