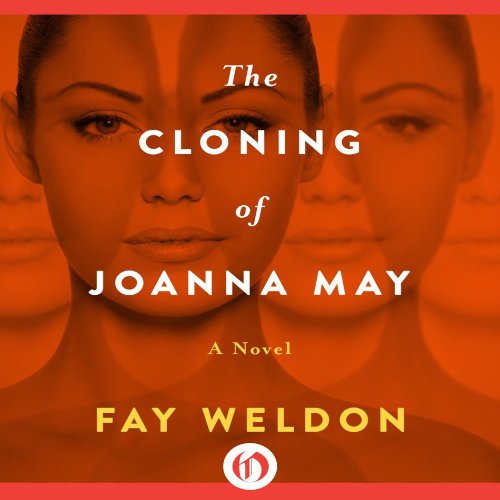 The Cloning of Joanna May

By: Fay Weldon
Narrated by: Lesley Parkin
Try for $0.00

Joanna May is the beautiful, passive, perfect wife of nuclear entrepreneur extraordinaire, Carl May - until he discovers her with her Egyptologist lover, in the sacred haven of his own private art gallery.

The lover is murdered, Joanna disgraced, the marriage dissolved. But something of their union, "a ritual performed in the presence of my beauty, his power," will not die. Piqued by a clue Carl cannot contain, the sixty-year old Joanna discovers the demonic experiment he and her gynecologist carried out thirty years ago. Raised an only child, Joanna finds four sisters as lovely as she; convinced that she's childless, she meets four daughters uncannily like her, yet utterly different, knowing nothing - until they're thirty - of each other's existence.

Jane, Gina, Julie and Alice. And Joanna. Among them, though their genes are identical, they celebrate the bewildering array of pursuits, lifestyles, choices open to the new generation of women, pioneered by the old.

A scintillating, exuberant, ruthlessly acute observer of her time, Fay Weldon leaps - not very far - into a future that makes individual identify infinitely more elusive; a future, nonetheless, in which female solidarity and female compassion (for the male) are compatible.

Carl May does come to a nasty end, of his own inimitably daring design. Yet something of him - the opposite of science and calculation - is preserved, cherished even, by the four times stronger, four times wiser, four times more generous Joanna. In The Cloning of Joanna May, Weldon has created a Shakespearean tale of confused identities, an enthralling novel about male control and female power, and about a generation of women for whom almost anything is possible.

What listeners say about The Cloning of Joanna May