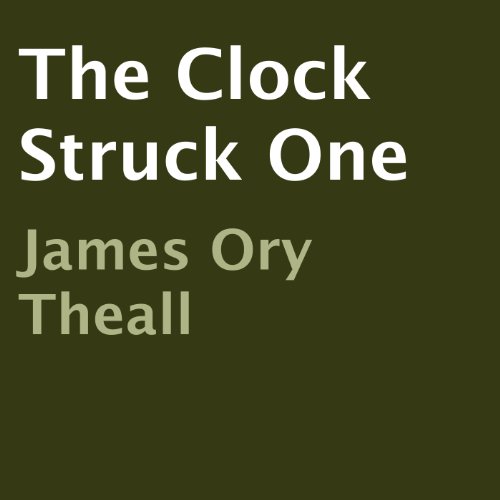 The Clock Struck One

By: James Ory Theall
Narrated by: Mike Ortego
Try for $0.00

James Ory Theall's latest creation, Omaha private investigator, Mike Delo, debuts into the mystery and detective genre with a triple bang! A former military investigator, then, an unorthodox homicide detective with the Omaha Police Department until he is forced to resign and go private, Delo struggles with alcohol abuse and criticism about his relationship with his family, as he attempts to solve a string of brutal murders. During the investigation, he becomes embroiled in covert FBI operations and conflict between competing crime organizations. He moves quickly and adroitly, and finds clues overlooked by police.

The action is fast and exciting. Listeners will hesitate to stop as they are drawn in by the certainty that they have solved the mystery. The surprising outcome is sure to leave them looking forward to the next book in Theall's Mike Delo series. Contains strong language, descriptions of violence and descriptions of sex.

What listeners say about The Clock Struck One