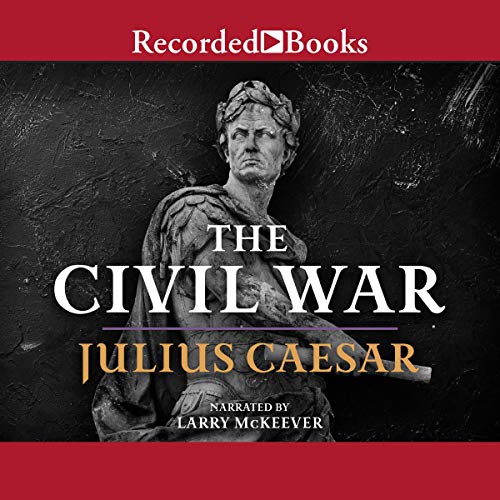 By: Julius Caesar
Narrated by: Larry McKeever
Try for $0.00

The Civil War is Julius Caesar's account of the years of turmoil during which he battled Pompey the Great for control of Rome. The third member of their ruling First Triumvirate - Crassus - had been killed waging war in Syria while Caesar was in Gaul extending the empire to the shores of the English Channel. The jealous joint-ruler Pompey intimidated the Senate into ordering Caesar to disband his army, but Caesar refused and crossed the Rubicon into Roman territory, effectively declaring war on Pompey, the Senate, and Rome itself.

Wrong file. This is Bruce Cattons US Civil War

Goof ball Audible has the wrong file. Three emails and phone call over a month and Audible still hasn't fixed it.

Caesar's conduct of his civil war in his own words