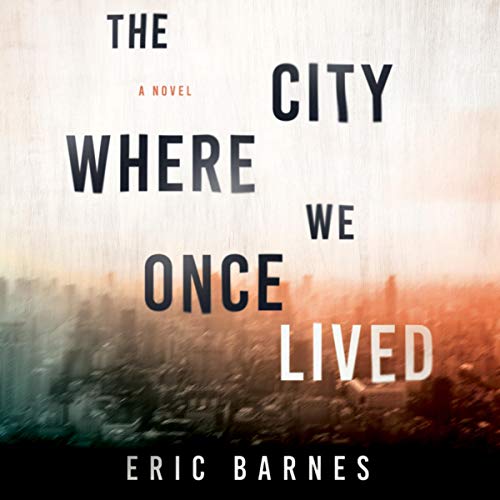 The City Where We Once Lived

By: Eric Barnes
Narrated by: Patrick Lawlor
Try for $0.00

In a near future where climate change has severely affected weather and agriculture, the North End of an unnamed city has long been abandoned in favor of the neighboring South End. Aside from the scavengers steadily stripping the empty city to its bones, only a few thousand people remain, content to live quietly among the crumbling metropolis. Many, like the narrator, are there to try to escape the demons of their past. He spends his time observing and recording the decay around him, attempting to bury memories of what he has lost.

But it eventually becomes clear that things are unraveling elsewhere as well, as strangers, violent and desperate alike, begin to appear in the North End, spreading word of social and political deterioration in the South End and beyond. Faced with a growing disruption to his isolated life, the narrator discovers within himself a surprising need to resist losing the home he has created in this empty place. He and the rest of the citizens of the North End must choose whether to face outsiders as invaders or welcome them as neighbors.

The City Where We Once Lived is a haunting novel of the near future that combines a prescient look at how climate change and industrial flight will shape our world with a deeply personal story of one man running from his past. With glowing prose, Eric Barnes brings into sharp focus questions of how we come to call a place home and what is our capacity for violence when that home becomes threatened.

What listeners say about The City Where We Once Lived

A description of what the “ end” could really look like. Not a flashy SHTF story, rather a quiet decline.

A quiet decline into total societal breakdown. Those who are left just want to live. They remember what it used to be. Before the storms and the division on north and south. Will anything be green again? What is worth living for now?

A really strange but interesting way to tell a story through the perspective of an individual. At first I thought the way Barnes used description to explore this world was done purposely to give the reader the sense of abandonment and create a hostile world,but since finishing the but I only feel it adds to the loneliness and isolation that the characters feel.

Personally I felt the story was too predictable and the characters, who could have been brilliant, failed to leave a lasting impression on me.

The narration wasn’t the best, and I almost considered not finishing this book due to how monotone it sounded...but having said that I am glad I persevered and saw it though to the end.

I gave it 4 stars as I did enjoy listening to a unique take on a apocalyptic world, but the way the story unfolds and as you learn more about the world and the city the greater my frustration grew at not being allows to feel any emotion towards the place or the characters as nothing ever developed beyond a hair colour or a smell.

If you have a spare credit and want try something a little different I would consider this as a filler between longer novels.

This is certainly not your run of the mill post-apocalypse fiction. It is attempting to tell the story of a society in after 'the collapse' which hasn't yet devolved into a Cormac McCarthy-esque wasteland. And there are no zombies, so full marks there. But it's written in first-person present tense "I am walking into the room and looking at the woman, who is looking at me.."etc, which gets a bit wearing. Also, there are no names for any of the characters, which worked well in CM's The Road, but here it makes it hard to care about the barely sketched characters and with the setting being a fictional city, it detracts from the speculative realism the author seems to be searching for.

Would you ever listen to anything by Eric Barnes again?

Yes, if he came up with a novel that had some good original thinking behind it.

What aspect of Patrick Lawlor’s performance might you have changed?

The performance was fine, if a little deadpan. But this suited the novel. However, the attempt at a 'black' accent was woeful.

Could you see The City Where We Once Lived being made into a movie or a TV series? Who would the stars be?

No I could not. The story just doesn't move and the characters aren't very engaging.

If you are thinking about buying this book and want a truly moving experience in post apocalyptic speculative realism, buy Cormac McCarthy's The Road, if you haven't already.