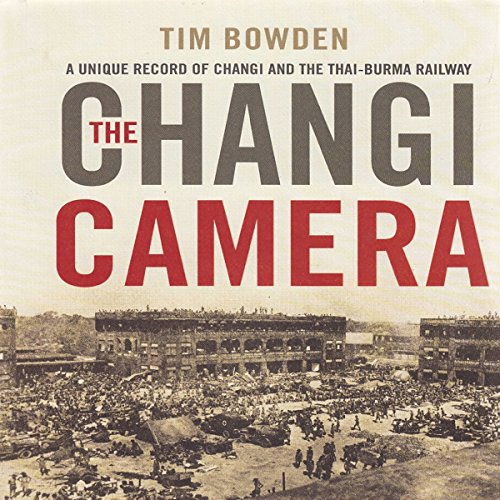 A Unique Record of Changi and the Thai-Burma Railway
By: Tim Bowden
Narrated by: Tim Bowden
Length: 5 hrs and 8 mins
Categories: History, World
5 out of 5 stars 4.8 (4 ratings)

This is the story of how a teenage Australian soldier, George Aspinall, took his remarkable photographs as a prisoner of war of the Japanese, providing a detailed record of those desperate years from 1942-45, when British, Australian, Dutch and American troops were being driven beyond endurance as slave labour for the Imperial Japanese Army.

Aspinall’s most notable achievement was to smuggle his camera and film-processing chemicals in small medicine bottles up to the Thai-Burma Railway, where his ingenuity and resourcefulness ensured that the brutal treatment of Australian prisoners of war was graphically documented for the world to see.

Outstanding book , a brave Aussie in pure hell like my own father . Great audio book