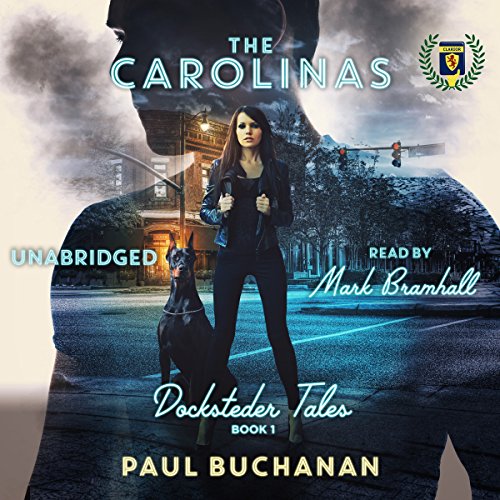 It's 1995. When famous author Barron Docksteder moves to the Carolina foothills, the locals don’t know what to make of it. Why did this hotshot writer, whose works have been made into Hollywood films, move to the middle of nowhere?

Despite living in North Carolina, Docksteder regularly drives across the border to South Carolina for a late breakfast at a comfortable small-town café. The young café owner, who is a frustrated writer, is befriended by Docksteder, and the two initiate a mentor-mentee relationship that extends well beyond the page. The young man has no idea what he’s getting into.

While under the tutelage of Docksteder, the café owner - still a novice to life - encounters some startling things, including a vicious security dog, unexpected violence, and sexually charged confrontations.

An electrifying beginning to the series, book one of Docksteder Tales is a funny, irreverent story with a fascinating cast of characters - each with his or her own secrets, agendas, and desires. Behind the adventure is a complex mystery filled with questions about Docksteder. What does he see in this young café owner? Is his complicated past about to catch up with him?

Bramhall is as professional as they get and it was difficult to put down! Exciting!