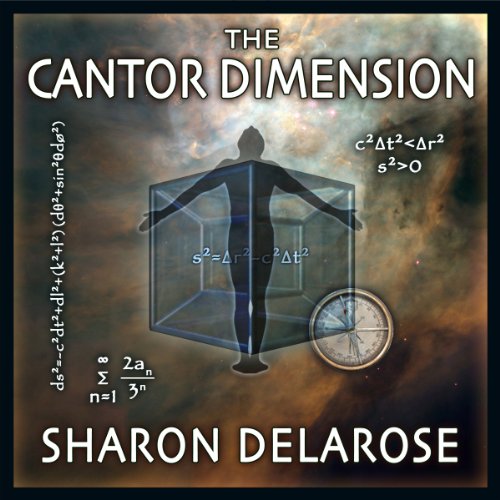 In Rochester, New York, a woman disappears. The memory of her existence is wiped clean from everyone who knew her except for one friend with a crazy aunt.

In Utica, Illinois, a young man disappears. Nobody cares except for the one person who doesn't believe in UFOs.

In Memphis, Tennessee, Max disappears after a bank robbery leaving his clueless best friend Brody in charge of hiding his secrets from the police.

What do these three disappearances have in common? The Cantor Dimension...

Albert Einstein, Edmond Halley, Georg Cantor, and Isaac Newton come together in a series of true accounts which sets the stage for time travel in this astrophysical mystery. Solve the centuries old murder of Edmond Halley, Sr. in a place where the legendary Knights Templar hid their treasures and the Prince of Transylvania lost his head. Discover Charles Dickens' obsession, Thomas Becket's curse, bizarre occupations and even more bizarre laws in Kent County, England in the days of yore.

Why did the Bats people worship the gods of time? What paradise did Cantor create from n-dimensional space? What was Isaac Newton's greatest quest? Meteorites, murders, mysteries, and mayhem surround the secrets that unlock the door to another world in The Cantor Dimension.

Good that sounded a bit cobbled together

this was a story with very interesting subject matter but you could tell it was written by documentary writer. The story is set up for about the first 60% and didn't really go anywheretill about three quarters of the way through having said that though the subject matter was very interestingit had a cobbled together feel about it but I'm sure the author can do betterInteresting but could've been better The reading was good but the night Raytek kept characterising the characters is young children in his voicesorry that's no raterThe story you hear that the main characters are in their 20s, late 20s even, but the way they were described in the story all the way they were depicted they sounded as if theyare about 12 or 13