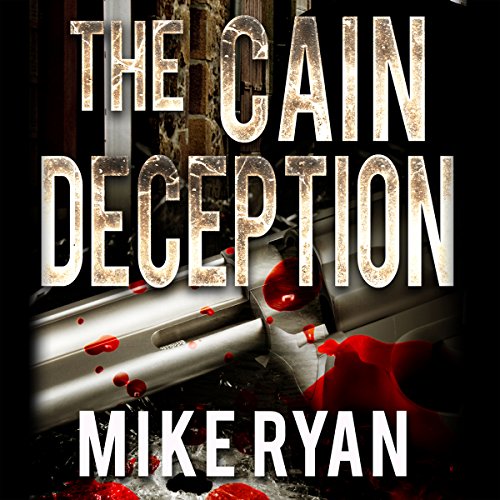 By: Mike Ryan
Narrated by: George Ridgeway
Try for $0.00

In this follow-up to The Cain Conspiracy, Matthew Cain finds himself on the wrong side of a hit man. After he is sent on an assassination mission in Russia, The Specter Project learns of a man seeking revenge for Cain's actions. After Cain hears of the man's intentions, he sets out on a frenetic search to find the killer before he makes good on his plans to kill both Cain and his girlfriend.

Along the way, Cain finds more questions than answers about the mysterious assassin, who seems to be a ghost. As Cain dives deeper into his quest, he starts to wonder about his role within the super-secret agency and whether there are those above him who know more than they seem to know.

What listeners say about The Cain Deception

This book was a little better than the first one. As I look back over this and the previous one though, I think I am unduly influenced by the ABSOLUTELY AWFUL narration. I seriously doubt that Ridgeway even took the time to read the book through before he started recording. The characters sound angry all the time. He'll raise his voice forcefully only to add &amp;quot;she whispered&amp;quot;. Could I do better? Probably anyone who listens to this book could do better.
Mike Ryan is a very good writer. Plenty good action and I was thrown for a loop a couple of times when something happened I didn't expect, which I love in a book. The story is a good one and, (IN SPITE OF THE NARRATION) I will start the next book. I'm a fan of Mr. Ryan's Silencer and Ghost series and push my way through the storm of really bad narration so that I can get to the conclusion.

This narrator has a terrible time pronouncing words and his delivery is boring. The narrator of the first book was much better. The performance killed the story with uneasy pauses, wheezy delivery, and slurred speech.

Couldn't finish, narration was too bad

Not nearly as good as book 1, narration was so bad I couldn't even finish. :(

George is slurring too much, not doing the characters any favours in the story.
Found it hard to listen to him and focus on the story .
Sorry