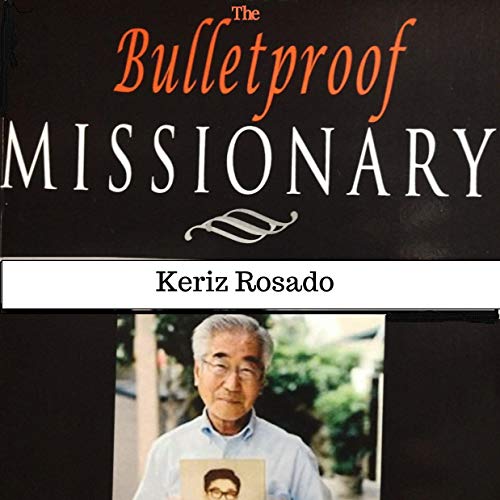 By: Keriz Rosado
Narrated by: Sean Slater
Try for $0.00

This is a story of war and redemption, of hunger and destruction, the kindness of an Army Chaplain during the Korean War. It is the story of a Korean orphan: from scratching for food on garbage heaps, to becoming a renowned professor at Concordia University in southern California.

Professor Shang Ik Moon was born in North Korea and lived there through WWII. After the war, his father arranged a clandestine escape, deep in the night, through many dangers, to reach South Korea. It was not long after that the Korean War began. He lost, or thought he lost, his whole family. A young teenager with nothing, an Army chaplain pulled him from hunger and homelessness to be a translator, even though he had to teach the Korean boy English.

Shang Ik was baptized and confirmed by the chaplain, and the chaplain gave him a vision for going to America to prepare to return to Korea as a missionary. That was not to happen. What did happen was more incredible. The love of God plucked a boy from a brutal corner of the world and redeemed him for a life of loving service.

What listeners say about The Bulletproof Missionary

The Bulletproof Missionary is a book you cannot put down, once you start reading. As you read, you are constantly reminded how God works in the lives of His children. From Moon’s childhood, as an orphan during the Korean War, finding his meals in the garbage of the military base, to his schooling in a strange country with a different language and culture, to his professorship at Concordia University--one miracle after another guides Moon into the mission God had planned for him. When you listen to the audio version of this book, you feel as if you are there with him experiencing each hardship, sadness, and joy. Sean Slater, the narrator, does an excellent job helping the story come alive as he gives voices to each character, giving you a perception that you are there listening to them speak. The audio book provides you an opportunity to listen, and picture in your mind, that you are taking this journey with Moon. This is an audio book you will enjoy and want to share with others.
Rev. Ken Behnken D. Min

Deliver us from evil

This is a report from a world long ago and far away but a world that could easily become a present reality, perhaps in an even more desperate form. It is one man’s experience from childhood through young adulthood on the Korean peninsula throughout the Korean War. Who can imagine fleeing as a teenage refugee on foot in winter with a baby niece strapped to your back, the only two remaining members of a family, and ultimately, you cannot keep the baby alive? It is its own kind of miracle when a young man finally grows in the realization that life is more than a daily escape from death because there is hope. At the same time, this is a story about God who loves and cares for people, even people who do not know him or love him. And it is a story about Christian people who cross cultural and linguistic boundaries because they know that faith in God is to be shared, and Christians have a special obligation to welcome the stranger. This book helps us to understand ourselves and our present situation.

This is a fascinating story of a man’s journey from a boyhood of cruelty and oppression during the Korean War to an adulthood of significance and accomplishment in the “mission field” that is the United States. It is the well-written and inspirational story of Shang Ik Moon who fled the advancing troops of the North Korean army and found refuge in a US Army base and the friendship and support of a Lutheran chaplain during the Korean War. However, it is ultimately the story of God’s relentless pursuit and providential care of a young Korean “orphan” who found his calling as a Lutheran pastor and professor in the US, leading and training thousands of students for the sake of Gospel proclamation in the US and abroad. The story of Rev. Dr. Shang Ik Moon is a Christian narrative that should be told and retold (and emulated) over and over again.

A young boy is alone and that touches your heart. The young boy has encountered more heartache than any human should have to endure. The young boy loses everything and everyone he loves and decides life might not be worth living. And then... he remembers something he heard months before and it's like someone is whispering it in his ear: "I am with you always." That brief Biblical phrase would come to mean more to Shang Ik Moon than anything else.

This audio book is captivating from the first minutes spent listening. The author's words come alive in the hearing. Shang Ik's life comes into focus as the images of Korea, the people of Korea, even the sounds of Korea are activated in our mind.

It's hard to stop the audio because this captivating story of this Korean hero is so compelling.

Thank God for all the faithful people who assisted this young man on his journey toward his missionary calling.

A story of Inspiration, Faith & God

I am a big fan of WWII historical books and was intrigued to venture into the Korean War era. The author has a great ability to take us through Shang Ik’s journey from a ten year old Korean boy escaping to Seoul, overcoming the loss of of loved ones. He met an army Chaplain who mentored him and gave him the vision to go to America to become a Missionary. A truly inspiring book. Excellent narration

Rev. Dave Dubbelde sent this to us: "Against the background of his traumatic early years when extreme physical suffering, repeated episodes of enforced loneliness and lack of purpose plagued this lad, the climax of his experience gave Moon the life-fulfilling opportunity to serve this God he was late in meeting. And yet this God was there all the time, adjusting Moon's path through life so that it finally brought him to a place where he could share Him with his countrymen AND so many other spiritual refugees who keep finding their way to this haven, the USA. The reader will certainly join Moon in giving thanks to the God of all who brought this bullet-proof missionary to this outcome of things."

A Most Inspiring Autobiography

I love true stories of people who faced and overcame great challenges. The story of Shang Ik captivated my attention from the very beginning. I always wondered what Korean people went through during the Korean War. Shang Ik's personal story gave me a much greater understanding of the ravages of that war on the Korean people. I was especially impressed by Shang Ik's deep concern for other people, from the most difficult days and nights in Korea to his experiences in the US. God had truly saved his life for a most important mission of equipping Korean and American students for ministry to others in the name of Jesus. I highly recommend this book to anyone interested in the story of a man who never gave up on himself and others, who was protected and guided by God every step of the long and difficult road in his life.

Anything Is Possible: A Story You Have to Hear!

This poignant story describes the perilous journey of a lonely ten year old North Korean boy escaping to Seoul through a frozen river, followed by loss of family and another escape south amidst troop movements and tracer bullets. His feelings of loneliness, rejection, and fear come alive in the snowy mountains where God's voice brings assurance.

Ultimately finding food, shelter, and a job from a U.S. chaplain in an Air Base, Shang Ik Moon discovers love in action and is drawn to study in America to serve as a minister. A wonderful, gripping Audio Book!