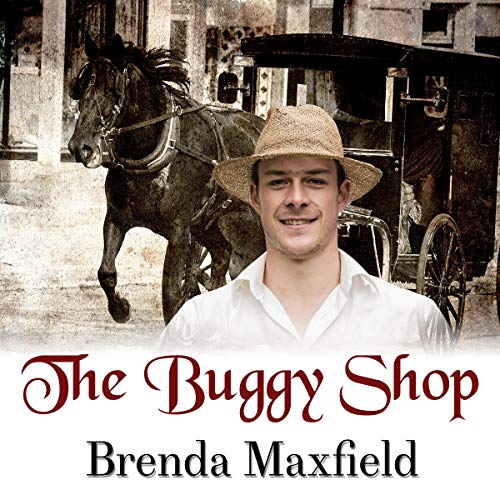 By: Brenda Maxfield
Narrated by: Miki Michaelsen
Try for $0.00

Everyone in Hollybrook agrees Uriah Umble is bad news - except Beulah Yoder. Uriah certainly isn’t bad news for her. She loves him and will do anything for him - including sneak out of the house repeatedly to be with him. After months of this, she finally gets caught and the anvil falls. She is forbidden to ever see Uriah Umble again.

Not one to be dictated to, Beulah hatches a daring plan - if she and Uriah were to get married, then her father can hardly forbid her from seeing him. When Beulah shares her plan with Uriah, he comes up with a plan of his own. Why not marry themselves under the stars with only God as their witness?

Against her better judgment, Beulah agrees, and from that moment on, disaster reigns. When Beulah finds herself in the oldest kind of trouble, Uriah wants nothing to do with her. Desperate, she is forced to confront the truth.

Rescue comes from a completely unexpected source. But can Ethan Miller possibly want to involve himself in her mess? And why?

Join Beulah as she struggles through unbearable circumstances. Feel her confusion and rejection and rejoice with her as she learns the true meaning of faith, forgiveness, and love.

What listeners say about The Buggy Shop

Engaging story with well defined, intriging characters.
Readepr was pleasant to listen to and did well to capture the flavor and nuance of the language.

Not normally my choice of book but the narrator's voice drew me in. I loved the use of changes of voice inflection and tone and golden , velvety rhythm. Miki is a master at this:I highly recommend listening and will be looking forward to other projects in addition to continuing with this swries.

This was a great audiobook. It kept my attention the entire time. The narrator did an amazing job. I would highly recommend!