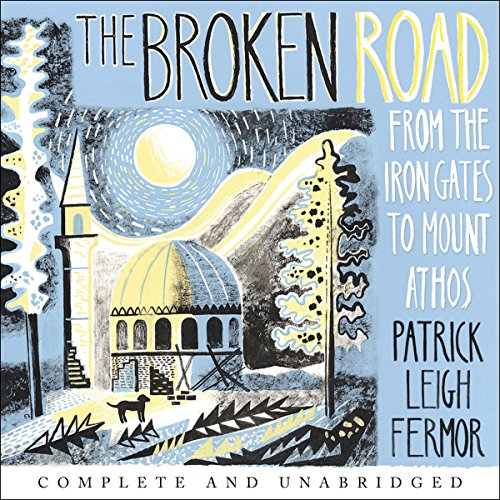 By: Patrick Leigh Fermor
Narrated by: Crispin Redman
Try for $0.00

The long-awaited final volume of the trilogy by Patrick Leigh Fermor. A Time of Gifts and Between the Woods and the Water were the first two volumes in a projected trilogy that would describe the walk that Patrick Leigh Fermor undertook at the age of 18 from the Hook of Holland to Constantinople.

'When are you going to finish Vol. III?' was the cry from his fans; but although he wished he could, the words refused to come. The curious thing was that he had not only written an early draft of the last part of the walk, but that it predated the other two. It remains unfinished but The Broken Road - edited and introduced by Colin Thubron and Artemis Cooper - completes an extraordinary journey.

What listeners say about The Broken Road

A different Europe comes into view through PLF's wonderful style. This is beautifully written, a real treasure.

I have enjoyed all three books in the walking trilogy of Patrick Leigh Fermor and I enjoyed this last book despite the fact it was constructed from notes after Leigh Fermor's death. As with the other books this one says a lot about the history and culture of the places through which Leigh Fermor travels. His writing focusses on food and countryside and provides observant detail of the people and places he encounters.

The text switches to a whole range of east European languages and the narrator does well to make all such references seem authentic.