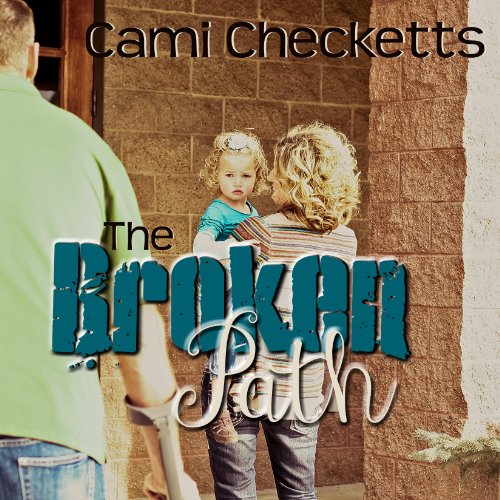 By: Cami Checketts
Narrated by: Christy Crevier
Try for $0.00

Can a determined three-year-old inspire them to love again?

Injured in a debilitating accident at age six, Ethan Searle believes women eye him with a mixture of pity and disdain. He's tried love before. He won't again. He meets his match in a precocious three-year-old who loves him despite his disability, even while her mother seems bothered by everything about Ethan.

Autumn Reader escaped her abusive marriage with her beautiful daughter and a stack of fear. She can't make the mistake of trusting a man again. Autumn's daughter becomes enraptured by Ethan. Despite Autumn's best intentions, she finds herself following her daughter's example. When her ex-husband reappears, threatening everyone she loves if she won't submit to his demands, Autumn has to learn to trust or lose her chance at real love.

What listeners say about The Broken Path

cliche but cute and worth the listen.

trigger warning:
the h was raped by her almost ex husband and conceived a child. she had the child.

the ex comes back and there is an uncomfortable almost rape scene.

This was a good story although, at the beginning of the story, the miscommunications and insecurities of the main characters started to get pretty frustrating to this listener. Once they really talked, the plot moved forward at a satisfying pace.

Reader did a decent job with the voices, although her main male characters tended to be a tad monotone. However, that said, she did fine.

I really liked that the hero was disabled, as that is not typical in books. I liked the attraction between the two characters, but wasn't fond of the way they interacted for portions of the story.

Would you listen to another book narrated by Christy Crevier?

As I first listened to the story, I thought the narrator was saying "Adam" instead of "Autumn". It took me awhile to understand her pronunciation of Autumn's name. She had a cute accent for Brit. But, there was a part of the book where a woman talked with a screeching voice and it about blew my earbuds off! Ouch! Overall, it was fun to listen to.