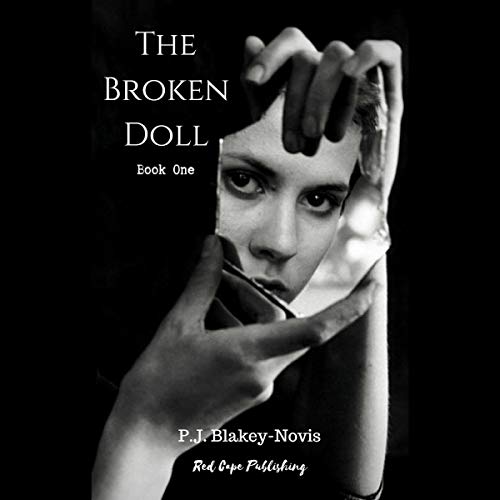 By: P.J. Blakey-Novis
Narrated by: Christopher Preece
Try for $0.00

In a small town in southern England, a chance encounter triggers a catastrophic series of events from which no one will emerge unchanged. When Sebastian Briggs meets Ella she needs his help. The type of help required, however, is far from what he had expected; dragging him down a path of lust and violence. As a married father of three, Sebastian must fight between his loyalty to his family and the desire he feels for another woman, a woman full of secrets and with sinister intentions. What begins as a simple conversation between two strangers soon escalates beyond any expectations, tearing apart Sebastian's home life and leaving death in it's wake.

The debut novel from Peter Blakey-Novis is a fast-paced tale, full of twists, crimes, and steamy passion.

What listeners say about The Broken Doll

I received a free copy of this story for an honest review.

Let me state for the record, overall, I did like the story. It pulled me in and, in my opinion, delved deeply into a world of craziness.

I had a hard time believing Ella’s character. For years her husband had been abusing her physically, mentally, emotionally, etc. After he died, here comes along Seb, the good Samaritan. While I don’t personally know anyone who has been abused, it just seemed questionable that she would be so eager to start a new relationship so quickly. What was it? About three days after burying her husband? She turned a 180, in my opinion. Lee had her terrified of doing the wrong thing, so she came across as meek, unsure of herself, with low confidence. He had beaten her for years causing all these injuries, specifically the bruises, yet she was the one to make the first move on Seb. She seemed eager to show off her body for Seb (with injuries), walking around in front of him in her undergarments, albeit the reader is told that Lee had never said anything negative about her body, per se, even though he’d mentioned getting bored of having sex with her… And, she had no problem calling Seb out for staring at her. It’s like all the negativity that Lee had put on her suddenly disappeared after Seb arrived. She went from being controlled by Lee to suddenly being the controller of Seb. She turned into a crazy person, stalking Seb, telling him he’d be better off with her, making up lies about them. I guess my biggest issue was with how quickly Ella changed.

The narrator did a good although he didn’t change his voice very much for the different characters, yet he had a nice voice overall. I think it’s something about the accent. The only issue I noticed with the narration was when Seb headed to the takeaway place in search of… I forgot the owners name… but there was random cough sound, which I believe came from the narrator.

How did Seb seriously think drinking alcohol with Ella, while he was tired and mad at her, was a good idea? Or after he’s kicked out of the house, he goes to Ella’s and has sex with her and then still expects/hopes his wife will take him back? I don’t think I ever felt sorry for Seb in this story. He just came across as being too dumb, the fact that he kept going back to Ella…

Ella, on the other hand, was a somewhat interesting character. I felt sorry for her in the beginning after finding out how she was treated by her husband, but then she turned into a psycho and it was all downhill from there.

Riveting, Couldn't put the Audiobook Down

This story is one that makes you feel so many different emotions. It has domestic violence, stalking, passion and murder. When a story stirs anger, aggravation or even sympathy you know you have listened/read a great story.

You get to be inside the perspective of a Woman that has been brutally tormented for years she is a beaten down, empty shell of a person. Almost. Its very possible Ella suffers from some sort of mental and emotional dysfunction. She latches onto the one person that shows her a bit of kindness and does it in a very bizarre methodical way. Even though Ella does peculiar things in the book, she is fascinating. In the end you want to know what comes next for Ella, and you do want her to find some happiness. That is the written word at it's finest!

Sebastian or Seb is the other main character. He is nice fellow, you pull for him in the story. He has managed to get himself in quite a sticky situation. As the story unfolds you hope Sebastian will make it through the strange circumstances he has befallen. Is the strange attraction something he can ever escape?

The characters are very interesting and the story keeps you on a roller coaster of emotions. I enjoyed the story very much. The ending seemed to come very abruptly, perhaps there are other books and this is a series. I honestly can't wait to find out what else happens with Ella and Sebastian in the next book.

Narrator Notes: The narrator is engaging, he did not differentiate characters with several different voices or inflect high emotion but the book was read well and I was not bored by his voice. In fact he has a lovely voice.

Lots of twists and turns!

The Broken Doll is a captivating psychological thriller full of twists and turns. It held my interesting from the beginning until the end. I thought it was a great book and would recommend it to anyone who enjoys psychological thrillers. I'm anxiously awaiting the audio release of the next book in the series. Christopher Preece did a good job bringing this story to life.

Broken doll dishes up a mix of trauma, violence, lust and jealousy in a tale of love gone stale, damaged psyches and desperation. Overall I enjoyed the book as the story kept on delivering moments where the listener will no doubt be thinking "No, no NO! Don't do THAT!" as the characters trip up, mess up, try to fix up and inexorably seem to be doomed to making their small mistakes mushroom into epic ones.
I'm quite curious as to where the follow up book will take this tale...
The characters are well rounded, believable. Though you keep thinking 'surely she/he isn't going to do that...' and then listen on cringing because you know they probably not only will do what you fear but even do something worse.
I was given a free copy for an honest review: I would recommend this book, it's enjoyable, if that's the right word since it deals with abuse, cheating and murder. There are some areas that could be tightened up but I believe they won't stop you enjoying the book at all. Good narration overall. I appreciated that female voices weren't done in falsetto - the characters came through just fine without it.

It has murder, sex, infidelity, sex, twists and turns, more sex and a great ending. The story is built around lust, trust, taken opportunities, unfaithfulness and a death. Each time we think we know the direction of the narrative it does a twist and we're thrown aside. The characters are well rounded, believable and brought to life with a great narration at just the right pace. At the novels conclusion I was left satisfied but wanting more.