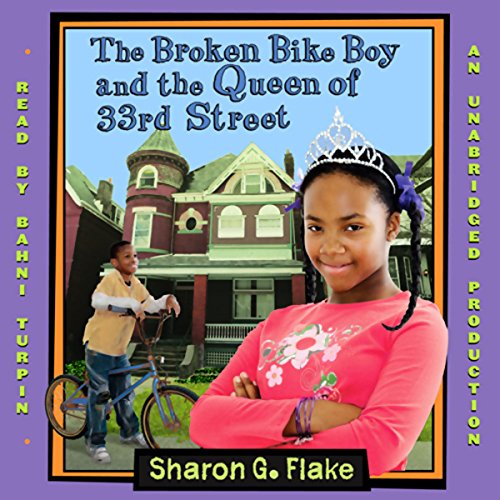 The Broken Bike Boy and the Queen of 33rd Street

The Broken Bike Boy and the Queen of 33rd Street

Queen is a royal pain in the neck. Her Highness treats everyone as though they were her loyal subjects: her classmates, her teacher, even her parents!

When a new kid comes to Queen's school, riding a broken bike and wearing run-over shoes, he immediately becomes the butt of everyone's jokes. Queen's parents insist she be nice to Leroy, but Queen doesn't see why she should. Leroy isn't just smelly; Queen thinks that he tells fibs - whoppers, in fact. And when he says he's an African prince from Senegal, sparks begin to fly. Queen is determined to prove that Leroy is an impostor.

But along the way, Queen learns the unexpected from her Broken Bike Boy, including what being a good friend and "happily ever after" really mean.