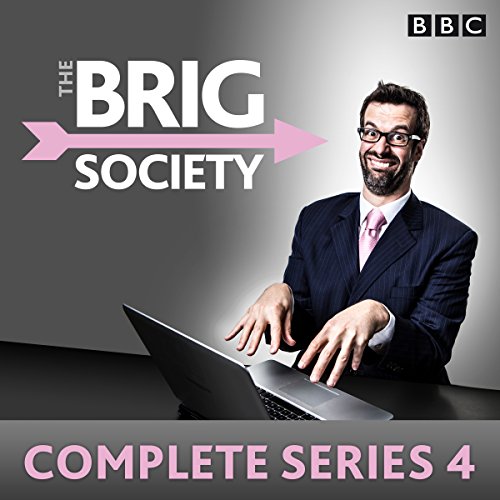 Comedian Marcus Brigstocke presents a two-part special focussing on the great British press. In the first episode, he plunges headfirst into the contents of the great British newspaper and comes up smelling of Daily Mail. Plus he reveals the headline of the year that you'll never get to read....

In the second episode, there's sex, scandal and saucy secrets on offer as Marcus examines how the great British press combine the difficult jobs of both selling newspapers and ruining peoples' lives.

What listeners say about The Brig Society: Complete Series 4

I am a massive fan of Marcus but two episodes does not make a series. what a rip off.

Have thoroughly enjoyed all 4 Series of TBS with Audible and would highly recommend it to all. Only downside is that there's not alot more of it...

Complete series but only 2 episodes?? Hmm

I expected 6 episodes like the other complete series I own - didn't notice it was only 55 minutes long.