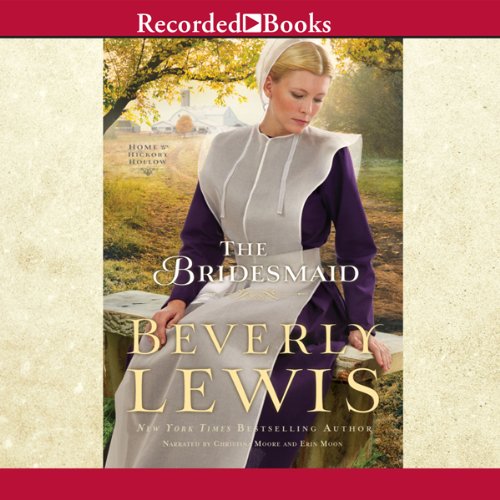 By: Beverly Lewis
Narrated by: Christina Moore,Erin Moon
Try for $0.00

Beverly Lewis has received numerous awards—including multiple Silver Angels—on her way to becoming one of the world’s most popular inspirational writers.

Twenty-seven-year-old Amish woman Joanna Kurtz has been a bridesmaid plenty of times, but never a bride. And despite having a secret romance with responsible young Amishman Eben Troyer, their relationship can only go so far, because the two are always kept apart. Will Joanna ever know the joys of marriage?

What listeners say about The Bridesmaid

This book is interesting, but the pace of the story is so slow. I could not continue past chapter 16. It is worse than a soap opera--doling out minuscule forward movement while incessantly reviewing know information. It is not a bad book, just extremely slow.

Again another beautifully written story. I feel as if I am in the story with the characters. Cant wait to start the next book on this series.

another tale listen to via automobile

I kept finding myself waiting for the next ride in my car, so that I could get to the next chapter, to the next paragraph, to the next sentence. i enjoyed this book as well as the others!

Seems to be on the way to another great series to read OR listen to. :-) Truly enjoy Beverly Lewis books! Have never been disappointed by this author.