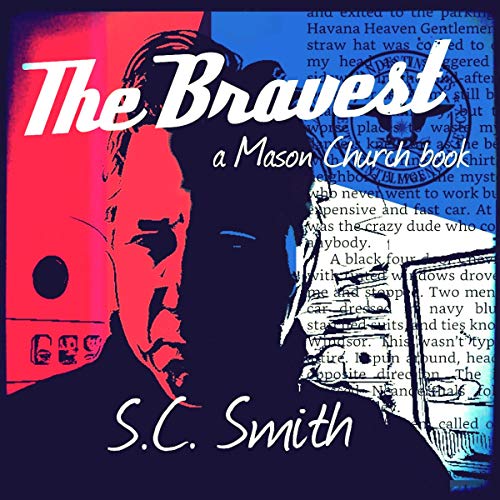 Twelve US soldiers, assigned to Mason's former Army unit, are left behind on a mission in Southern Afghanistan. The Pentagon has declined to explain the true assignment. What Mason learns in Afghanistan ensnares him seemingly in Washington's biggest conspiracy. In Paris, the international truth frantically unravels between Mason, his beautiful girlfriend, and a wayward Taliban leader.

What listeners say about The Bravest

This is an impressive story indeed. It really made my day. The author had descried everything in a movie style. I loved it.

It's a gripping story, covering many different aspects. Well written and researched. Makes one thankful that there are such sterling people in this world, willing to take on such assignments. We should be more grateful to them.

In any effort to understand the enormous value of the Special Forces model, ethos, and employment, this book is a one-stop-shop. The most frightening thing about this book is we cannot be sure the lessons it contains will become effective in our national military and political systems.

When you hear of modern special operations forces, you usually don't think of men riding on horses, using ancient strategies of cavalry warfare with 21st century technology to conquer a country.

I guarantee you'll enjoy this book. I remember this battle when it was the big news story. It was fascinating to read about the men involved and their incredible perseverance against incredible odds. I gave this book 5 stars because it was an incredible, true story that was well told.

Stunning narrative, very detailed brief of the initial campaign against Taliban by 12 professional and modest heroes. Reading about those Horse Raider complex campaign and the bond they develop with the people of North Alliance was so impressive.

Great book. I couldn't put it down while traveling halfway around the world on an airplane last week. I started it on my flight out and finished it on my return flight!

It may have been the start of a new kind of war. Regardless the story is of a unique group of men who chose to serve their country, their brothers in arms and their families ... some at the expense of their own lives.

I walk away with an even a greater appreciation for all our men and women in uniform who sacrifice so much so we can enjoy our freedoms. Thank you for your service to our country. I most definitely recommend this book.

What I enjoyed about this book is the attention to detail on how our soldiers lived among the Afghanistan people. What they had to go thru, the battles they fought and also a look at their personal lives.