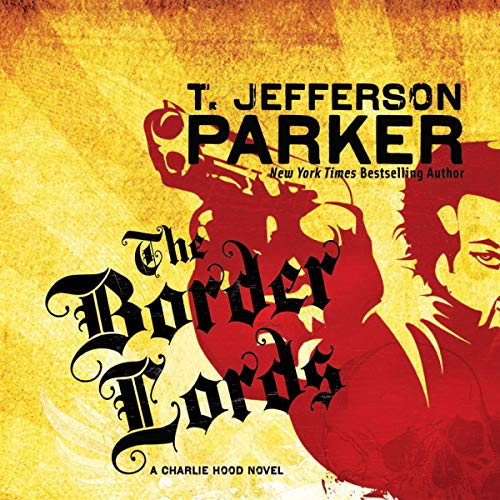 ATF agent Sean Ozburn is deep undercover, supporting the sicarios of the North Baja Cartel, when he suddenly goes completely dark, leaving Charlie Hood and the support team from Operation Blowdown with a safe house full of bodies and no explanation. Sean’s only communication in the following days consists of a series of haunting digital videos sent to his desperately worried wife, Seliah.

As he pieces together evidence of his friend’s strange quest and searches the border landscape, following faint signals to the man’s whereabouts, Charlie Hood must determine if Oz is simply chasing demons deeper undercover than anyone has ever gone, or whether his friend has suffered a permanent break with his mission and his moral compass.

A crime novel of unprecedented scope and unrivaled storytelling ambition, The Border Lords revisits the fevered landscape of America’s southern border — and confronts the unexplored depths of humanity’s dark soul.

"The devil is very much present in this troubled landscape, and he's the ultimate shape-shifter, as Parker has so adeptly proven with his Charlie Hood titles. Parker's dark and gritty series takes readers beyond the drug war headlines, personalizing the toll it's taken on our souls. Series fans will devour this sequel to Iron River." (Library Journal)
"[A] rich book, packed with action, violence, love, lust, flashes of wit, moments of poignancy and the occasional sharp geopolitical insight. Despite 17 novels ranging from first-rate to extraordinary, Parker has somehow managed not to become a household name, which means enough of you aren't trying." (Kirkus Reviews)

What listeners say about The Border Lords

A Waste of Time

I can't believe I listened to this whole book of drivel! The devil is alive and well in LA and Baja controlling DEA agents and sherrif's deputies. Rabies running wild infecting two of the main characters. Listening to a rabies infected, devil inspired, madman and his love letters to his wife. I swear the author forgot his genere and was trying out his chops in the tragic, doomed romance area.

Parker misses with this one, really boring.

Don't waste your money or credit on this one. It is a real loser. As much as I like Colacci, his reading could not save this one. The primary plot makes no sense, an agent infected with rabies in a mysterious way who then infects his wife and goes on a killing spree...albeit killing bad guys. Parker drones on and on with details no one could care about and then leaves the plots lines wide open for his next sequel, that I for one will not be buying. Borrrrring.

Sad to see that T.J. Has "Cornwelled"

Yeah, a few years ago I had to make up a new verb when Patricia Cornwell was at the point where she and/or her publishers realized they could sell anything with her name on it. She tried that attempt at a comic novel and in several books I could not tell if one character was dead or back alive or what. Some have done this more successfully like Patterson and Clancy who are essentially publisher/brands now.
This is T.J.'s chance to go either way. I have read or heard at least 80% of his work. I hope the next one doesn't have a stupid plot with characters who were 'ok' for the first book that introduced them. This horse is dead. Please get on a new one and ride...like Ridley Pearson did...Oh and Colacci is still good except in his world they all say "EYEther" in stead of "EEEther" every time in every book.