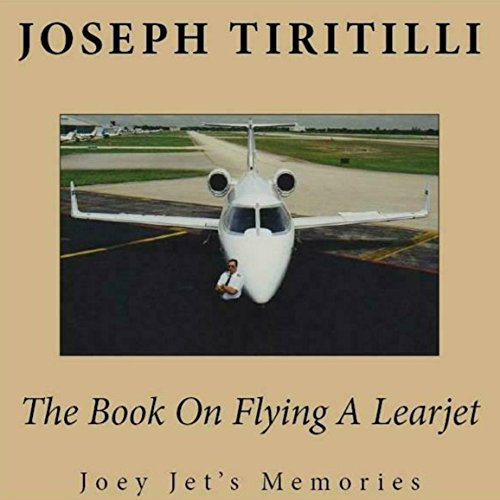 The Book on Flying a Learjet

By: Joseph Tiritilli
Narrated by: John Edmondson
Try for $0.00

Joseph Tiritilli, aka Joey Jet, exemplifies the success possible in America today by using ambition, a willingness to take risks, and a strong work ethic to make the most of available opportunities.

Joey Jet came up the hard way in Totowa, New Jersey, 15 miles from Manhattan, the heart of New York City. His grandfather was a blacksmith in a Pennsylvania coal mine, his father an honest, hardworking truck driver, and his mother a professional switchboard operator. Joey left school at 16. He became a three-time small business owner/operator, soloed at Lincoln Park, New Jersey, N07, and became a private pilot by age 25.

What listeners say about The Book on Flying a Learjet