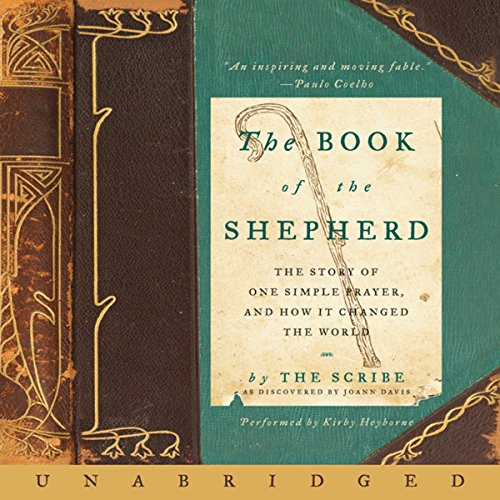 The Book of the Shepherd

By: Joann Davis
Narrated by: Kirby Heyborne,Joann Davis
Try for $0.00

The Story of One Simple Prayer, and How It Changed the World

Stone the builder who erects a house that falls on its occupants. Sever the hands of the criminal who pilfers livestock or grain or another's garment. Whip the child who defies an elder. For such is the law and the law must be obeyed.

For generations, these ironclad rules had governed the people. Nobody questioned whether it was right to humiliate a child or execute a murderer. An eye for an eye was the way of the world. But was there another way?

When an antiquarian book is discovered in the disheveled study of an old Vermont farm-house, the house's new owner has the volume translated. The result is The Book of the Shepherd, a timeless story full of life lessons for us all.

Set in a mythical time, in an unnamed land, The Book of the Shepherd tells the tale of a shepherd, Joshua, who is troubled by the harsh code of "an eye for an eye" that governs his world. Called by a dream, the shepherd sets off on a journey to find "the new way"/

Accompanied by Elizabeth, a former slave who is kind and generous, and David, a boy who must learn to walk in new shoes, the shepherd knows that "an age of miracles" will come when the new way is found. But the journey is not without incident. En route to a cave near the Great Inland Sea, the travelers meet a cast of extraordinary characters, including the Storyteller, the Apothecary, the Blind Man, and the Stranger. Each imparts an important lesson that pushes the travelers toward their destiny.

At the cave, Joshua must see if he can bring forth secrets long buried. But he, Elizabeth, and David will also discover that sometimes what we have been searching for has been inside us all along.

What listeners say about The Book of the Shepherd

...as a Sweet Fable." Don't waste your money or a credit--read online reviews before purchasing this book. I was swayed to purchase (possibly free?) by what sounded like a story from the Bible, since the main characters were Joshua, Elizabeth and David. I suffered through an hour before I had to check reviews. I couldn't finish this "twaddle".

This book is a peaceful tale sharing many values of faith and compassion. Without preaching, it shows The values of caring and owning your story. It's a great gift!

What could Joann Davis have done to make this a more enjoyable book for you?

If the author could write like she's targeting non-stupid adults, that possibly could make the book better.

I was really disappointed by the book. The writing style is horrible, and I always had a feeling that the author is trying to speak to me thinking I'm really dumb.

Not the most compelling story, but a good moral in the end. Luckily, the book doesn't last very long, so I didn't feel like I had invested a lot of time in a book I didn't like.

I did finish this book, but mostly because it was short. It is sweet and pleasant. But I certainly would not reccomend anybody waste a credit on this book.