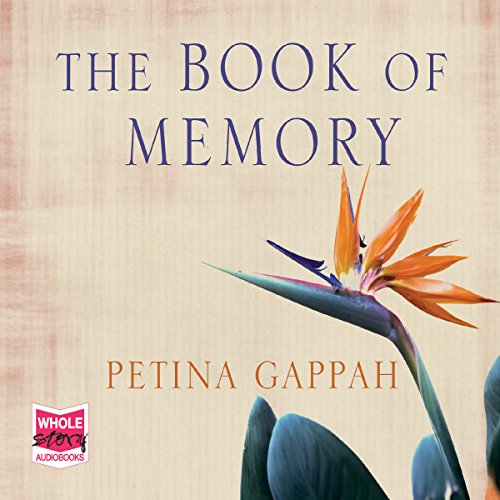 The Book of Memory

By: Petina Gappah
Narrated by: Chipo Chung
Try for $0.00

Memory, the narrator of The Book of Memory, is an albino woman languishing in Chikurubi Maximum Security Prison in Harare, Zimbabwe, where she has been convicted of murder.

As part of her appeal, her lawyer insists that she write down what happened as she remembers it. As her story unfolds, Memory reveals that she has been convicted for the murder of her adoptive father. But did everything happen exactly as she remembers?

What listeners say about The Book of Memory

The book of memory transports you to a gripping world. Absolutely brilliant and worth it especially if you have ties to Zimbabwe. The narration brings the context alive. I laughed so much listening to the songs and character voices.

Petinah Gappah takes on a humongous task in The Book of Memory in telling a story where assumptions, mistaken interpretation of events, cultural prejudices, forgetting what is right in the midst of challenges and tragic events leads to devastating consequences. Memory, the protagonist, is both a person and that intangible thing also called the "memory".

Petinah Gappah weaves together a story based on memories, witness to events, interwoven with cultural prejudices and events that make a mockery of what is good and pure depending on how circumstances are impressed on the mind.

The Book of Memory is a lesson to Memory and their memories.

I was born in Bulawayo.

I first heard about this book on BBC world book. I decided to search for it on audible and was surprised to find it.

After beginning the book, I found it so appealing and interesting that I could not put it down. It is seriously a book worth listening to for anybody who has any ties to Rhodesia now Zimbabwe.

I especially enjoyed the narrator who captured the the pure essence of this book and the place for which it was written.

Brilliant read that cannot be put down

I like the interesting tale, that is never predictable and surprise you at intervals. So many twists and turns and you feel so involved in the character.

I would recommend this title to people who are interested in hearing about people who live in Africa and how it is to live there and be an outsider. It’s a great read that you can perhaps reread because there is extra details that can be gained later

An excellent story! I travelled through every bit of that journey with Memory and shed a few tears with her, too. She should most definitely teach when she gets out of prison! lovely girl. well done, Petina!👏👏👏

A slow-burner, but a real treat.

This book will haunt me for a long time. Elegant in its simplicity and spare prose style, it crept up on me with some considerable stealth. I took me a couple of hours to become totally wrapped up in its charm but by that time I realised I was listening to an expert piece of storytelling. I was caught up in the fate of Memory, the storyteller, and the host of characters that fleshed out this simple story of an albino girl caught up in a convoluted crime story in post-colonial Zimbabwe. At the heart of the story lies Memory's belief that she was sold as a young girl ,by her parents, to a rich white man. Many years later she finds herself in prison for that man's murder and her lawyer, as part of the appeal process, asks Memory to write down her story. It slowly unravels and, aided by African myths and the contribution of other characters/events in the prison, reveals the heartbreaking truth of her childhood. The denouement left me reeling with sadness and empathy for Memory.

The narration was beautifully paced and the narrator expertly blended the African and colonial voices of the piece.

A 5* read in every sense. I always feel that one of the signs of a good book is how much you invest in the characters/story and believe in them. If it leaves me wanting more and I hurry off to check out the author's back catalogue, it usually means that I have just read a great book and one that I will probably read again. I will certainly revisit this one.

The book of Memory

Beautiful story beautifully read....slowly slowly we discover more and more about Memory , a young woman in Africa who is also albino, imprisoned for murder.
She is innocent of the crime, but only understanding her history do we understand how she came to be there.
The truth gradually emerges, her misunderstandings put right until she finally sees and we see what has happened. why it happened and that everything was born out of love.

It started off slow, but got better

I found the first part of the book a real struggle. I really wanted to know about the events that put her in prison. Instead there were lengthy anecdotes about her childhood and the characters she used to know. The singing and the parts spoken in her native tongue were incredibly annoying, mainly due to the lack of translation. But the story picked up by Part 2, enough to make it more interesting. I feel the book went into unnecessary details about some things, but skimmed over important things about certain people and situations in Memory's life.

I found this really tedious, and also irritating in its constant and frequent use of the local dialect - without translation.
The story meandered here, there and everywhere. There really didn't seem to be much purpose to it. The idea was good and I think, if edited very strictly, it would have been worth reading, however that would have cut out about 60 % of it.
I am surprised that I seem to be a minority yet again, but I really wish I hadn't wasted my time and a valuable credit.

Such a powerful story, and beautiful language! Descriptions are accurate and unpretentious, extremely well written!

Gets better as it unfolds

Despite a slightly shaky first half this is a book deserving of 5 stars. It is is original, compassionate and well informed down to every detail (OK, here's one tiny error - the author apparently thought lithium was a molecule). At first I thought it was too simplistic - infinitely horrible prison guards and infinintely suffering inmates, but by the end I could have believed it all actually happened.

The reader was mixed. Dialogue was absolutely fantastic, but the narration was choppy with tiny pauses that made it feel a bit like someone learning to read.

Nostalgia, sadness, pain, anger, ecstasy. The writer takes you on a ride. Brilliant Story. Great Naration too, even the accent is endearing

The book of memory

I enjoyed this book what a talent.i wish it was longer than how it was

I would have loved the narrator to pronounce Shona Perfectly. She did not do this.

I loved the weaving of the past and present to a poignant end. So well narrated, i didn't want the book to finish.