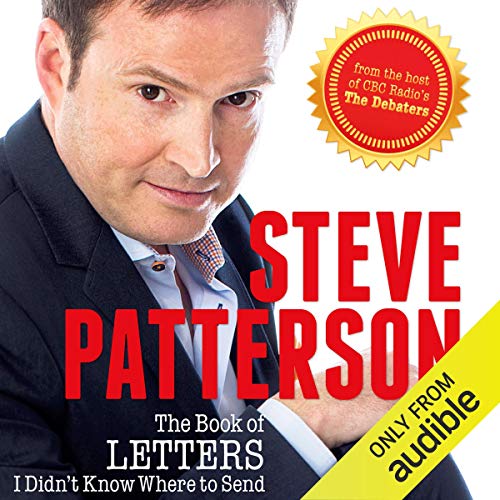 The Book of Letters I Didn't Know Where to Send

Steve Patterson's The Book of Letters I Didn't Know Where to Send is a collection of - wait for it - letters, written by award-winning stand-up comedian - you guessed it - Steve Patterson. The host of CBC Radio's The Debaters since 2007, Steve Patterson has become a household name, with more than 700,000 listeners tuning in each week. He has performed at several of the Just for Laughs prestigious televised galas, including one hosted by Steve Martin.

Considered to be the highlight of the show by the audience and critics alike, Patterson's performance prompted the legendary Martin to quip, "If I'd known he was going to be THAT good, I would have cancelled him." Patterson's letters, long a staple of his stand-up comedy routine, address a number of recipients, from real people, to groups, to inanimate objects and concepts.

He airs grievances, offers support or creates just plain confusion in humorous prose. From the political to the personal, from the philosophical to the mundane, no subject - or target - is off limits.

Patterson's letters may not change the world, but frankly, it's too early to tell. In these letters, he pleads, begs, cajoles, grovels, and always makes a compelling argument. He would like men to stop wearing Spandex bike shorts. He would like airlines to stop selling seats they don't have. He would like gluten to explain itself. He would like his nine-year-old self to know everything will be all right...