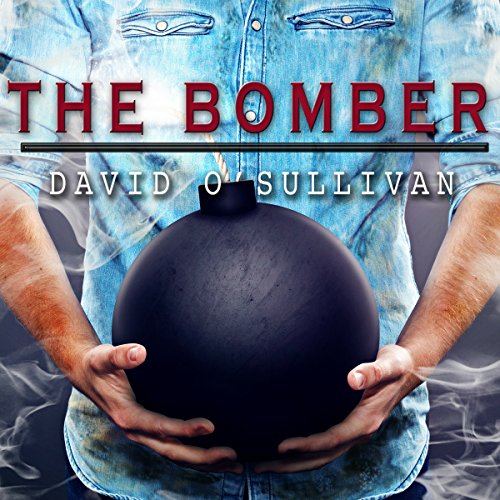 Joseph Starling has returned from war and is trying his best to resettle into civilian life. In the midst of his struggles, antiwar protests spring up around him, and in this violence he is once again forced to face his internal conflicts.

When Joseph discovers that his best friend has been murdered, he is offered a chance for revenge, and that revenge comes in the form of high explosives.

He doesn't feel guilty, though, he only dialed a number. Right? The Bomber is a journey of retribution and loss, set to the ticking of a very important countdown clock.

The worst narration ever!

What disappointed you about The Bomber?

I cannot believe audible actually let this narrator to read this book.
I have been a loyal customer for more than 10 years and never left a negative review.
I could not even finish the book because the narrator could not even read properly.
Do you guys not filter the product before you release it for downloads??
I am very disappointed in audible for using this narrator...

The narrator cannot read or perform. It's a waste of time and your credit.
Do not buy this book!!