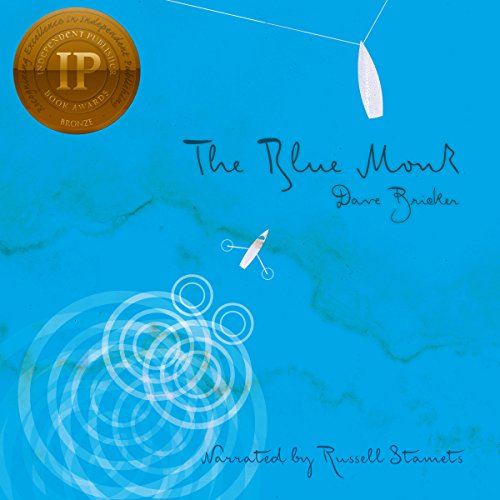 By: David Emery Bricker
Narrated by: Russell Stamets
Try for $0.00

In 1989 Dave Bricker set off across the Gulf Stream, in a small sailboat, with $30 in his pocket. His voyages aboard The Blue Monk, through the Bahamas and across the Atlantic to Gibraltar, are recounted in vivid prose. The Blue Monk is a journey of self-discovery set in a world of saturated colors, remarkable people, hazardous reefs, and transcendent beauty. Bricker chronicles a little-known fragment of Miami's history and encourages us all to embrace a world of power and magic that lies only a few steps off the sidewalk.

The audiobook version of The Blue Monk was narrated and produced by Russell Stamets at anchor aboard his own cruising sailboat.

The Blue Monk received a 2014 IPPY Award for Excellence in Independent Publishing.

What listeners say about The Blue Monk

An absolutely beautiful portrait of a Bahamas that

is no more. Broker's writing is a pleasure and Russell's voice is MY favorite. Treat yourself.