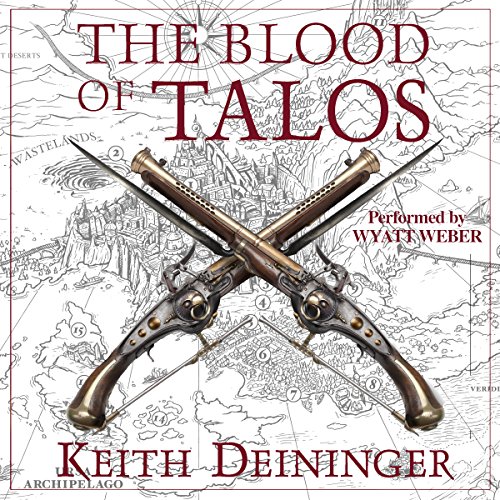 The Blood of Talos

By: Keith Deininger
Narrated by: Wyatt Weber
Try for $0.00

The territory of Nova is in chaos. The Talosian attack has left hundreds dead, the village of Fallowvane burned, and the Alexander family scattered. While her son is taken prisoner before the ruler of Talos for an insidious purpose, a determined mother emerges as the unlikely commander of the Novan militia.

Here a young girl leaves everything behind in search of a new life; a woman seeks the truth to a dark conspiracy; and a man without knowledge of its cultures and customs will enter the City with warning of a threat far deadlier than the war between Nova and Talos, something that already gnaws at the edges of Meridian, bringing with it the smell of rotting flowers, and death.

What listeners say about The Blood of Talos