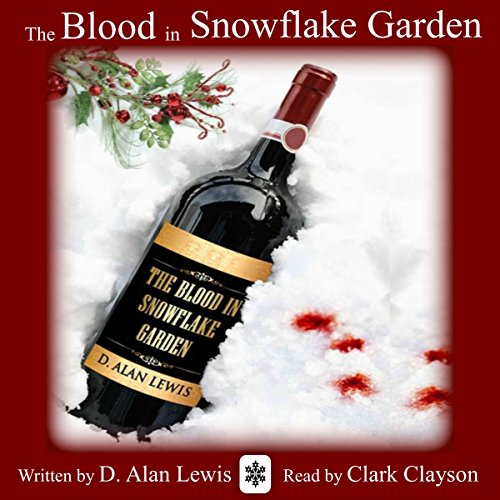 The Blood in Snowflake Garden

Can murder happen in the jolliest city on Earth? During the early months of 1965, Vladimir Volsky, the premier of Santa's city at the North Pole, is shot and killed in a city where firearms are forbidden. Max Sneed, a retired police chief, finds himself reluctantly drawn back into service to investigate the murder. For Max, exploring the dark seedy side of the jolliest city on Earth is nothing compared to facing the demons of his own past. He is joined by a young British journalist, Robert Watson. Rob finds himself disillusioned by the short comings of the North Pole as well as how the turbulent events of the 1960s are echoed in Santa's city.

The men soon learn that this is far more than just a simple killing. As the list of suspects grows, the murder becomes intertwined with cold war politics, corporate espionage, labor disputes, and a growing civil rights movement that threatens to destroy everything that Santa has built.

What listeners say about The Blood in Snowflake Garden

I was searching for a quality story and came across this one in audible version. I liked this book and the finale was decent. The whole thing snapped into place pleasantly. It was until the last third of the book that things got moving. It was lovely.

What a master piece

This is an amazing story which I would like to recommend this for anyone who loves mixing real and touchable with the imaginary like reindeer and Santa. I actually enjoyed the fact that I could make up what I thought might happen.

What If: Santa really existed and was banned first by the US and then by Eastern bloc countries in the Cold War of the 1950s and the North Pole started a slow decline culminating in the murder of their Premier (think cross between a Prime Minister and a Dictator)?

This is the basic premise to this well-written and slightly hard-boiled detective murder mystery with genre-crossing elements of fairy tale (flying reindeer &amp; magic of Santa’s 'knowing' who is naughty and nice), fantasy (North Pole, rebelling elves, toy factories) and cold war politics history tweaked and re-told. Slow build up at the start and I almost stopped reading after the first 5-6 chapters as I wasn’t sure I could enjoy the story or the premise. I am glad I persisted! The characters and nuances of the story began to grab my attention and held it to the end. The story's twists and turns were interesting and compelling and the ending satisfying. A good read which I recommend.