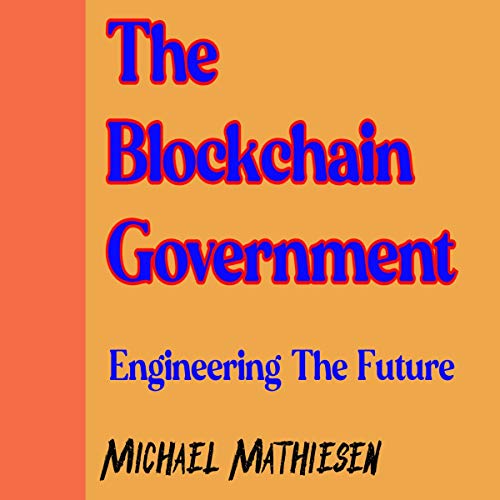 Most people will agree - it's time for something different in our political and economic systems. The blockchain government provides us all with completely secure and fair ways to do the bidding of the majority of people automatically over the internet using a blockchain and the smart contract. Join the community.

Every two or three days, you notice that your computer is being automatically upgraded in the operating system by your manufacturer. You also notice your phone gets upgraded automatically - sometimes without you even realizing it. The manufacturers find bugs in their programming or compatibility issues with new apps. Wanting their customers to enjoy their devices more and more, they can easily and efficiently make regular major improvements to their products and services over the internet with no human intervention. And this is how technology should work and does work for billions of people around the globe. However, when it comes to our overall operating systems (OOPS), we're still stuck with the programming that is more than two centuries old.

In the age of the internet and interstellar space flights, we are still forced to suffer a system of decision-making that was designed during the horse-and-buggy era when there were no electric lights, no phones because there was no electrical grid, no TV or video games, and there certainly were no computers or the internet. How did anyone survive these prehistoric times, you ask?

The government itself will claim that there is no need to make major changes to our form of democracy because those we elect are good and noble and wise enough to make the best decisions for us. Yet, somehow, the problems we face in our daily lives are never solved until the problems have washed over us, doing their worst damages and then fade into history. By the time they finally suspend all of their name-calling, bickering, arguing, and party politicking, it's too late - we're toast!

What listeners say about The Blockchain Government