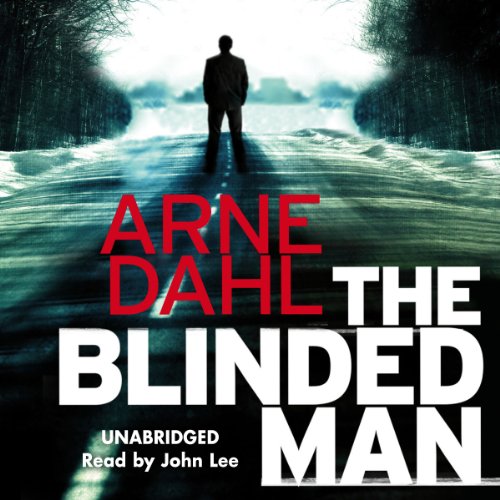 The first intercrim thriller to be broadcast on BBC Four, Spring 2013.

Sweden's elite are under attack.Two rich and powerful men have been murdered, and in the face of mounting panic - and media hysteria - a task force has been created to catch the killer.To his surprise, Detective Paul Hjelm, currently under investigation for misconduct after shooting a man who took the staff of an immigration office hostage, is summoned to join the new team.

But the killer has left no clues, even removing the bullets from the crime scenes, and Hjelm and his new teammates face a daunting challenge if they are to uncover the connection between the victims and catch the murderer before he kills again.

Published in the USA as Misterioso.

What listeners say about The Blinded Man

Not if he/she has already read Misterioso as it is the same book!!!

What was one of the most memorable moments of The Blinded Man?

The explanation of the history of the song Misterioso.

If the reader had used several different voices for the different characters. He makes no effort to sound like a woman for the female roles. Most of the time he uses the same 'voice' — no different accents, no higher or lower. At times I thought it was one character talking to himself — even when it was a woman speaking!!

No. It was well written. Had a good plot. Some characters were developed, but not all the important ones.

This is the same book as "Misterioso: Intercrime, Book 1", only it is 4 minutes shorter. It is the same story read by the same reader, just released two years later. Was a waste of a credit. I will ask if I can get it back!!!

What would have made The Blinded Man better?

If it hadn't been identical to Misteriosos!

Has The Blinded Man put you off other books in this genre?

No especially as it is remarkably similar to Misterioso!

It was identical word for word with his same narration of the Misterioso.

Yes it had. It was identical to the Misterioso

Anyway take it from me, If you enjoyed Misterioso you'll enjoy this !

Why are audible selling the same book twice under two titles, read by same narrator.

Is it just me but sometimes I just try a new author and then buy more if I like them. I don't often explore the literary history or background of the author. I'm really interested in the story I suppose not the author.

Anyway having listened to Misterioso, being book one of this Arne Darl series which I liked, I thought I'd try The Blinded Man.

Umm two identical recordings, different images different name, even different blurb. Have I missed something? Is it actually possible to tell from the website that these are the same?

A tale that unravels slowly but is worth sticking with. The narration will not be to everyone's taste, quite monotonous but again you forget about it once you get wrapped up in the story. A decent audiobook but not a patch on Jussi Adler Olsen's Department Q books.

Brilliant story with plenty of plot twists and turns. The TV series from the books are excellent also and compare favourably to the books

Wasn’t my cup of tea

I’m into Nordic crime but for some reason I couldn’t get into this book. I found the many characters confusing and couldn’t relate to / bond with any of them. I persevered to the end hoping it would get better but it didn’t.