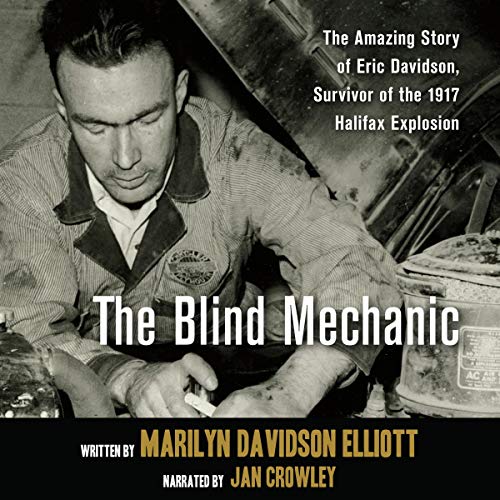 By: Marilyn Davidson Elliott
Narrated by: Jan Crowley
Try for $0.00

Eric Davidson was a beautiful, fair-haired toddler when the Halifax Explosion struck, killing almost 2,000 people and seriously injuring thousands of others. Eric lost both eyes - a tragedy that his mother never fully recovered from.

Eric, however, was positive and energetic. He also developed a fascination with cars and how they worked, and he later decided, against all likelihood, to become a mechanic. Assisted by his brothers, who read to him from manuals, he worked hard, passed examinations, and carved out a decades-long career. Once the subject of a National Film Board documentary, Eric Davidson was, until his death, a much-admired figure in Halifax.

Written by his daughter Marilyn, this inspiring book gives new insights into the 1917 Halifax Explosion and contains never-before-seen documents and photographs. While Eric Davidson has been mentioned in previous Explosion accounts, his story has never been told in such fascinating detail. Davidson overcame such odds that his life story might not seem believable if it had not happened.

What listeners say about The Blind Mechanic